Hollywood actress Sophie Turner is reportedly expecting her second child with husband Joe Jonas. Recent sightings of Sophie Turner sparked rumoyrs of her pregnancy but neither Sophie nor Joe have made any official announcements regarding it. 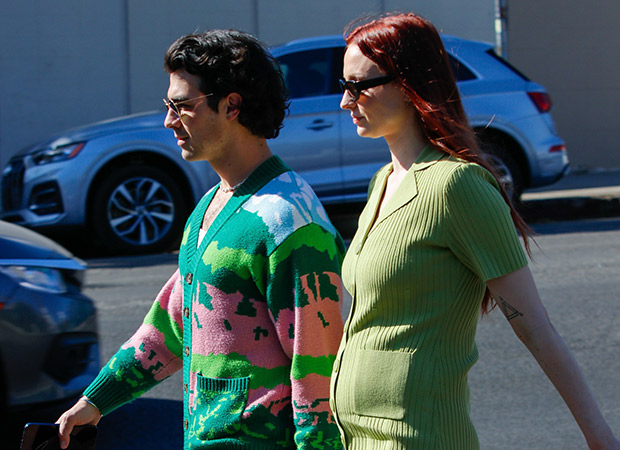 Sophie Turner and Joe Jonas expecting their second child together

As per a report by Page Six, the couple, who are already parents to 1-year-old Willa, first sparked pregnancy rumours in February when Sophie Turner was photographed out in Los Angeles with her baby bump while wearing a crop top. The pair were also spotted out in matching green outfits amid the ongoing rumors.

In a recent report, Sophie's pregnancy was confirmed by an insider saying, "She is a private person and won’t make an official announcement about the pregnancy until she’s ready.”

“She is almost halfway through,” the insider told In Touch.

Recently, Sophie and Joe spent some quality time at a beach in Miami where Sophie wore a checkered bikini and proudly flaunted what many believe to be her baby bump.

The duo's decision to be tight-lipped and keeping the news to themselves is similar to when Turner was pregnant with Willa. At that time, the Game of Thrones star sparked pregnancy rumours when she was spotted out and about showing off her baby bump. However, neither of the two ever confirmed reports of Sophie being pregnant.

The couple's representatives later confirmed news of Turner giving birth to Willa in July 2020. “Sophie Turner and Joe Jonas are delighted to announce the birth of their baby,” they said in a statement to People magazine. Turner and Jonas have since kept their daughter off social media and have protected her privacy in general.

Joe Jonas and Sophie Turner first began dating in October 2016 and got engaged in October 2017. They tied the knot in Las Vegas in May 2019 before having a formal French wedding the following month.