Sonam Kapoor is set to have a fairy-tale ending to her truly incredible love story as she ties the knot with her long-time boyfriend Anand Ahuja tomorrow at aunt Kavita Singh’s plush bungalow Rockdale in Bandra. The stage is set for the most prestigious wedding of the year and we can’t help but contemplate on the star struck guest list for the do. Now most of the industry wallahs will be seen at the shaadi and reception hosted by the Kapoors but we were a little surprised to know that Aishwarya Rai Bachchan too was extended the invitation by Sonam Kapoor. 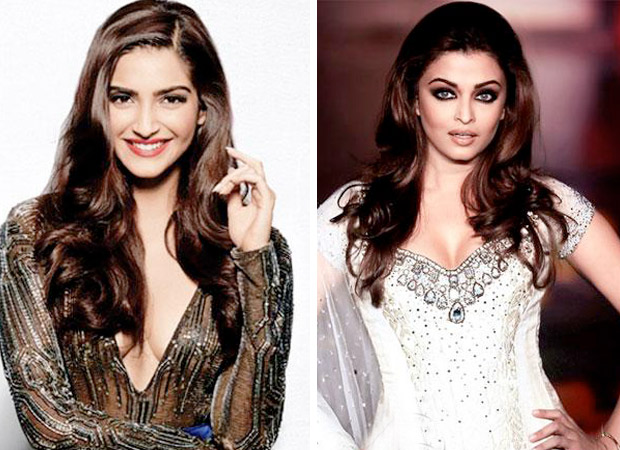 Now to refresh your memory a little bit, Sonam and Aishwarya have a deadly cold war going on for about ten years after Sonam made a rather unforgiving statement displaying her trademark generation. So, the Veere Di Wedding became a part of a cosmetic brand which Ash is associated with and there was a question on she replacing Ash. Sonam had called Aishwarya an aunty from another generation and the two did not cross each other’s paths much since then.

Now, Sonam finally buried the hatchet after Sunita Kapoor extended a formal invite to Ash and the Ranjhaana actress followed it up with a personal phone call inviting Aishwarya for her wedding. We don’t know if she turns up for the reception but if she does, it certainly would make headlines. Sonam’s wedding will take place tomorrow following by a reception on the same day at The Leela hotel in Mumbai. Today, there is a grand sangeet party organised where everyone from Ranveer Singh- Arjun Kapoor to Anil Kapoor, Sanjay Kapoor, Shanaya and Anshula Kapoor will shake a leg. The dance numbers are choreographed by Farah Khan. Stay tuned for pictures and videos.

Farah Khan sponsors the education for…