Fox Star Studios and Adlabs Films latest collaboration Zoya Factor, which will see a fresh pairing of Sonam Kapoor and Salmaan Dulquer will release on April 5, 2019. The film is an adaptation of the hugely popular novel called The Zoya Factor by Anuja Chauhan. Sonam Kapoor will be essaying the character of the title role of Zoya. Salman Dulquer, a heartthrob of the Malayalam industry known for his successful films like O Kaadhal Kanmani, Bangalore Days and Kammatipaadam will essay the role of Nikhil. Zoya Factor tells the tale of a Rajput girl, Zoya Solanki, who meets the Indian Cricket team through her job as an executive in an advertising agency and ends up becoming a lucky charm for the team in the 2010 Cricket World Cup. Zoya Solanki who was born at the moment when India lifted the 1983 World Cup. This rom-com will be helmed by Abhishek Sharma who has directed successful films like Tere Bin Laden. 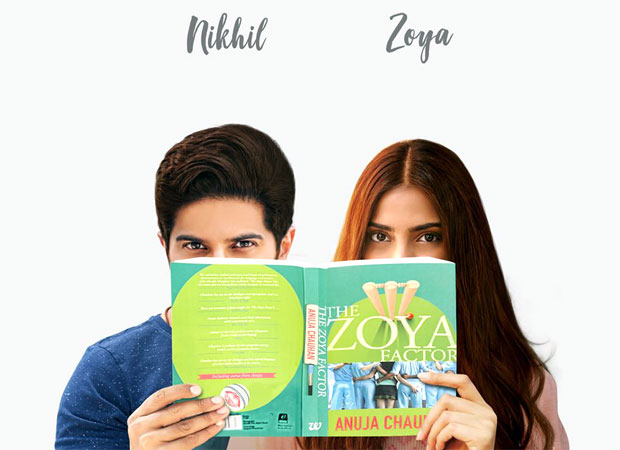 Rucha Pathak, Chief Creative Officer, Fox Star Studios, "We are very excited to collaborate with Adlabs Films for Zoya Factor, a rom-com which is adapted from Anuja Chauhan’s best seller and we are sure the film would equally excite the audience. It’s a hat-trick for us at Fox Star Studios with Sonam Kapoor, in the past we had blockbuster films like PRDP and National Award winning film Neerja, with Zoya Factor we are equally more excited to have South Super star Salmaan Dulquer alongside Sonam and a fresh new pair in Bollywood​."​

Talking about the project Pooja Shetty​ Deora, MD, ​Adlabs, adds, “The Zoya Factor is a book we have loved and lived with for a long time. Aarti and I have worked with Abhishek Sharma for many years and we are excited and confident about the output. We are blessed to have Sonam Dulquer and Shankar Ehsaan and Loy as part of the core team. Rucha Pathak and her team are the perfect anchor for a film like this.”

“Cricket woven into a rom-com and touching on superstition and luck, it’s an amazing book for a screen adaptation. The book has many layers, characters and tracks. Sonam is our Zoya Singh Solanki, an advertising agency executive. She was the first person that came to my mind as she’s as bubbly as Zoya and after seeing Neerja and Dulquer will play Nikhil Khoda, the captain of the Indian Cricket Team in the film. It’s always great to work with Adlabs Films”, says Abhishek Sharma, who will be directing the venture.