A few days ago, we had reported that Karan Johar's heroine Tara Sutaria, who will make her debut in Student Of The Year 2, had bagged yet another interesting project with Sidharth Malhotra and Riteish Deshmukh. The film will be directed by Milap Zaveri. After quitting Arjun Reddy remake due to date issues, the actress will now be seen in yet another love story. Now, it has been officially announced that the trio is coming together for the upcoming drama titled Marjaavaan. 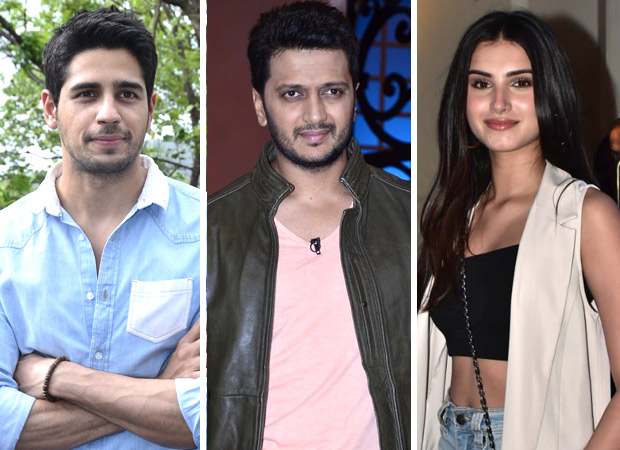 The film is co-produced by Nikkhil Advani and T-Series' Bhushan Kumar. Marjaavan will be a violent and yet dramatic love story. It brings back Ek Villain duo Sidharth Malhotra and Riteish Deshmukh after four years. Nikkhil knows the expectations are too high with the duo's last hit, Satyameva Jayate and also that Sidharth and Riteish had given a hit with Ek Villain. They are confident that Marjaavaan is a winner and excited to have Milap on board. Nikkhil said that the director has gained a lot of confidence after the success of Satyameva Jayate in terms of both drama and dialogue departments. Talking about Tara Sutaria, Nikkhil added that she brings freshness and excitement to the team. Her character is the main USP of the film and will play Sidharth’s love interest in this film.

Nikkhil Advani added, “My company Emmay Entertainment has been developing this film with Milap since two years and we hope to exceed expectations with Marjaavaan. Be prepared for action, dialogue-baazi Milap style, with a moving tale of love and longing.” 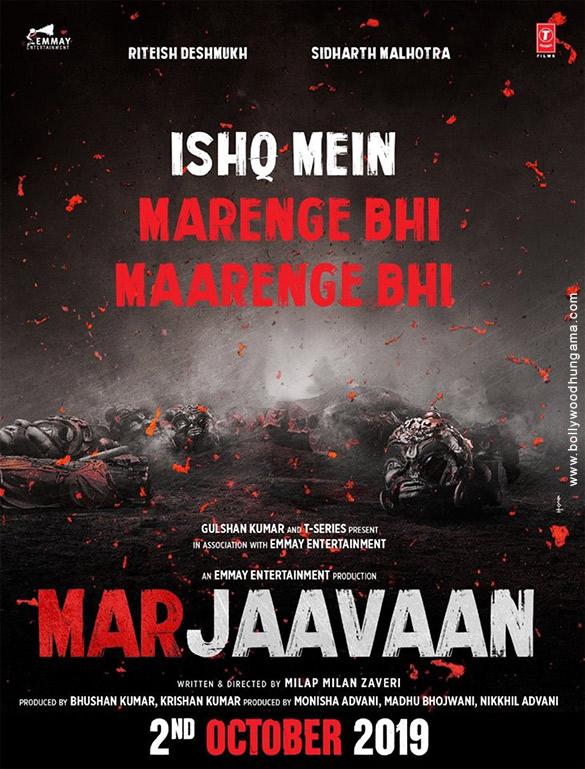 Bhushan Kumar, head honcho of T-Series, is excited to back yet another film with Nikkhil Advani after the success of Satyameva Jayate. He says, “Extremely excited and proud to once again partner with Nikkhil and his team. We have together backed Milap’s earlier film and are confident of bringing this family entertainer for our audiences. Apart from an engaging story, the film will have wonderfully curated music to highlight the love story.”

Milap Zaveri concluded, “I am continuously grateful for all the support my film Satyameva Jayate received. So excited and grateful to team up again with T-Series and Emmay. This is a family production for me to have all those associated with it, as part of it.”

Marjaavaan will go on floors in the month of December this year and the makers plan to wrap up by March next year. They are currently working on a massive outdoor set and looking for October 2, 2019 release date which will be followed by Dussehra festival.