It seems like all major movies are going to clash in 2020. Salman Khan and Akshay Kumar will be clashing at the box office on Eid 2020 whereas Aamir Khan and Hrithik Roshan will face off during Christmas 2020 with their respective films - Laal Singh Chaddha and Krrish 4. Now, Ayushmann Khurrana and Kartik Aaryan will be clashing during Valentine's Day 2020 with their films Shubh Mangal Zyada Saavdhan and Love Aaj Kal 2. 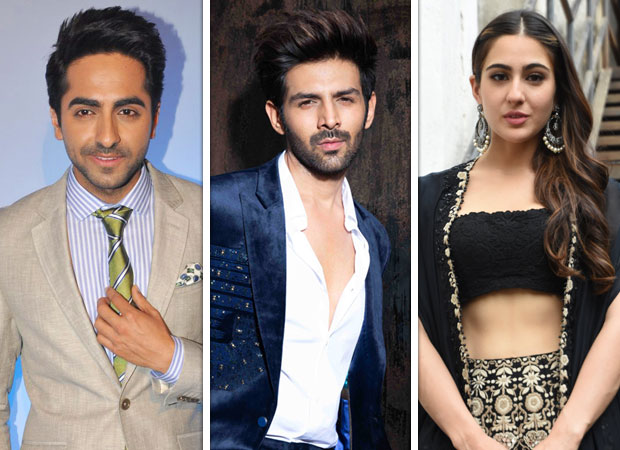 On Thursday evening, the makers of Ayushmann Khurrana's next project unveiled the quirky teaser of the film and announced that the film will release on February 14, 2020. Besides that, the film will talk about homosexual love stories. The actor set to take on another interesting role as it marks second collaborating with Aanand L Rai. Hitesh Kewalya, who wrote the screenplay and dialogues for Shubh Mangal Saavdhan, will be directing the film. They are yet to announce the rest of the cast.

Kartik Aaryan and Sara Ali Khan's love story is tentatively titled Love Aaj Kal 2 and is being helmed by Imtiaz Ali. The film is reportedly a sequel to Love Aaj Kal which starred Deepika Padukone and Saif Ali Khan. While the makers are yet to announce the final date, a couple of months ago, they announced their love story will arrive in theatres during Valentine's Day next year.