Nagraj Manjule created a revolution with his movie Sairat which later got remade into Dhadak! Post Sairat, he is now making a movie called Jhund which stars Amitabh Bachchan in the lead role. The shooting is already underway in Nagpur and guess who Amitabh's co-stars are in this sports drama? Manjule has roped in his star pair Akash Thosar and Rinku Rajguru from Sairat for his ambitious next. The young actors are set to work with the Shahenshah himself and they can't help but be over the moon. While Amitabh is playing a sports coach, Akash and Rinku are his students. They are players leading opposite teams and are not paired romantically, unlike Sairat. 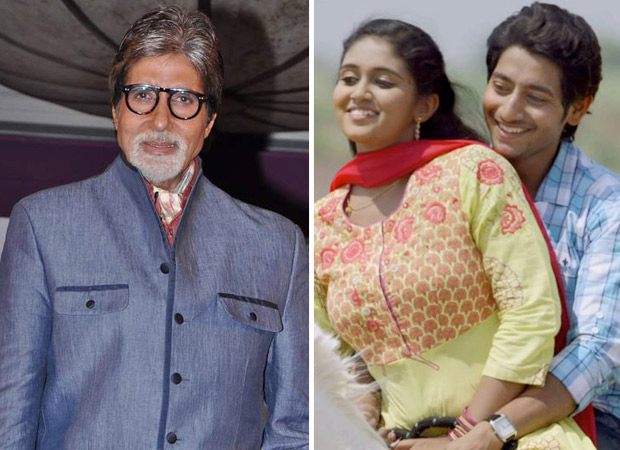 Buzz is that Rinku and Akash's characters are naturally talented players from slums who get selected by Amitabh to play. First schedule of the movie has already started and we can't wait to see the first rushes of this film. Nagraj is known for depicting reality of rural areas and has highlighted the issues pertaining to people living in the hinterlands. A lot is expected from this project because a big star is working with him for the first time.

Amitabh has some interesting projects like Ayan Mukerji’s Brahmastra with Ranbir Kapoor and Alia Bhatt and Badla which is a remake of Spanish movie Contratiempo. He will be reuniting with his Pink co-star Taapsee Pannu for the movie.

His last flick Thugs Of Hindostan did not impress masses at large. Though he has a remarkable role in it, the movie did not work as a whole. With these projects though he will make up for Thugs’ failure at the box office, it is hoped.