Shah Rukh Khan, after the Zero debacle, has taken to production. After making Badla, he is now helming a couple of projects for Netflix India. SRK’s Red Chillies Entertainment is currently handling two projects: Class of 83 and Bard Of Blood. Class Of 83 starring Bobby Deol went on the floors on Sunday. 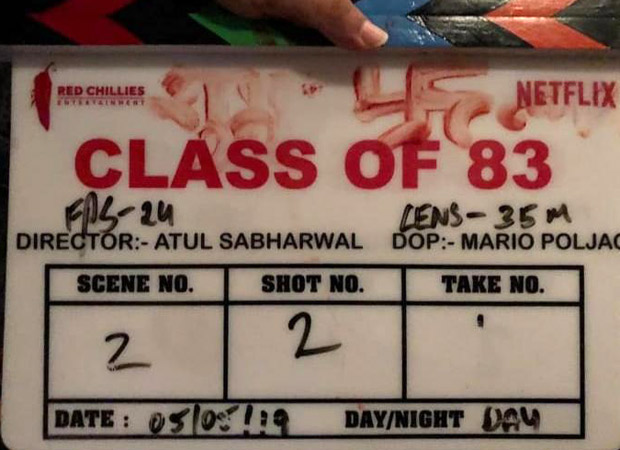 This Netflix original revolves around an inspector who is an instructor whose students grapple with the complexities of honor, morals, and devotion to the nation.

The special is directed by Atul Sabharwal who has helmed projects like Their Shoes (2015), Aurangzeb (2013), among other movies. Gaurav Verma who is associated with Red Chillies Entertainment tweeted, “From an idea to a concept seeing it take shape has been a rewarding experience, we look forward to creating some great content as ‘class of 83’ goes on floors today.”

Bobby also tweeted, “Excited to venture into the web world with #ClassOf83 a @NetflixIndia original film by @sabharwalatul produced by @iamsrk @_GauravVerma @RedChilliesEnt”

Apart from these two projects, SRK is also making something more for Netflix. Details on the same are not known yet.