December 3rd, 1982, an Indian cricket legend was born- ‘Mithali Dorai Raj’ and as she celebrates her birthday today, there could not have been a better occasion to announce Viacom18 Studios’ next Shabaash Mithu. The Studio with an impressive record of stories with strong women characters from Kahaani, Queen, Mary Kom to Padmaavat has roped in Taapsee Pannu to headline the film and signed Rahul Dholakia as the Director. 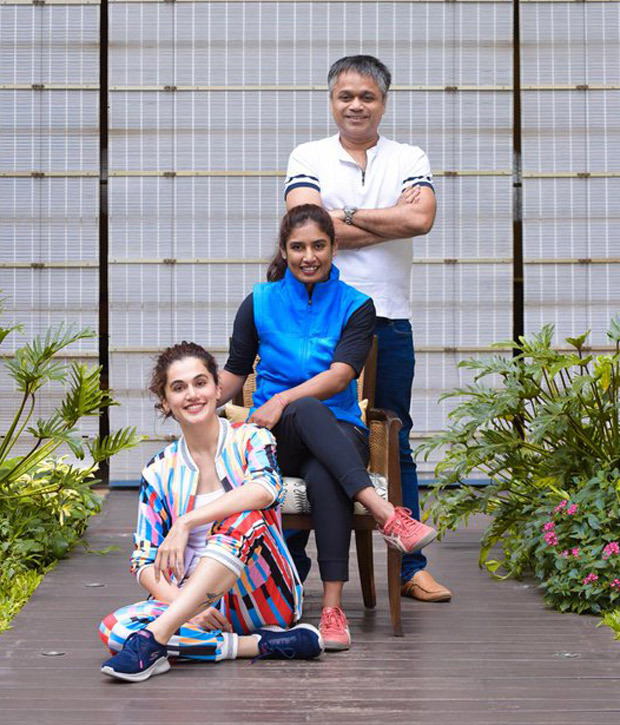 Ajit Andhare, COO, Viacom18 Studios, says, “The story idea struck me about a year ago while watching the movie "Hidden Figures". After securing the rights we worked with several external writers to develop the script. However, it was our own creative director Priya Aven who cracked the script I was looking for. So, it’s a completely home-grown film for us. Mithali Raj is a name that stands for women power in the world of Indian cricket. Playing her will be the fearless Taapsee Pannu, who is not just a powerhouse of talent but also the face of the new age woman in Bollywood. Viacom18 Studios is proud to bring this untold story of the rise of Indian women cricket to life on screen.”

Mithali Raj adds, “I have always stood for and voiced my opinion for equal opportunity for women not just in cricket but across all fields. I want to thank Ajit Andhare and Viacom18 Studios for not just bringing alive my story on screen but also for giving me a bigger platform to be able to reach out to young women who dare to dream.”

Taapsee Pannu fills in, “It’s truly an honour to play the role of India’s most successful captain where Women’s Cricket is concerned. Even though I have already started feeling the pressure of stepping in her shoes, I don’t think I want to trade this place with anyone else right now. She has always been brave and strong to back truth and her idols, and that is the connect I feel with her. The way she changed the way women’s cricket is perceived and seen in India is truly a story worth telling. kudos to Viacom18 Studios for choosing to tell this story. I look forward to working with Rahul Dholakia for this first of its kind story and to learn yet another sport which is treated as a religion in our country, cricket.”