K-pop group SEVENTEEN will bring back their powerhouse performances to the concert stage this June with ‘SEVENTEEN WORLD TOUR [BE THE SUN]’. The stage-breakers announced their world tour ‘BE THE SUN’ today on their official social media channels. While revealing North American tour dates, the announcement hinted at more shows to be added to the list, including cities in Asia and a Japan Dome Tour through November to December. 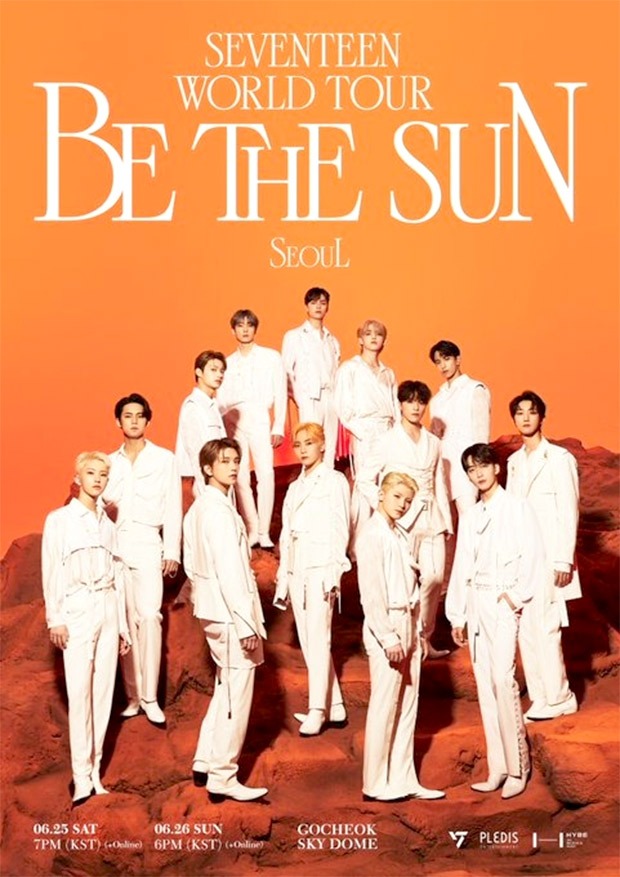 ‘BE THE SUN’ will be the K-pop supergroup’s first world tour in 2 years and 4 months, after ‘SEVENTEEN WORLD TOUR <ODE TO YOU>’ prematurely came to an end in 2020 due to the Covid-19 outbreak. The 13-piece act signaled the return of their highly-anticipated live shows earlier this month, with a fan meet in Japan that amassed 60,000 fans.

SEVENTEEN will release their 4th studio album Face the Sun on May 27 (9:30 AM IST). The 9-track album with the lead single 'HOT' has already racked up over 1.74 million pre-order sales in its first week, reaching an all-time high for the band.