We exclusively told you a few days ago that Karan Johar is all set to helm a fancy ensemble film and has roped in bestie Kareena Kapoor Khan for the same. We also told you that he was looking at casting Sidharth Malhotra opposite the diva and has one more younger lead pair in mind. Now the latest update on the film is that while KJo has apparently roped in Kartik Aaryan and Janhvi Kapoor to be his second lead couple, but he is unsure if Sidharth Malhotra is the right fit for Bebo on screen. Our well-placed sources in the industry tell us that he is scouting for a male superstar to be cast opposite Bebo. Now, this sure is a great news for Kartik and Janhvi but not so amazing for Sid who is going through a bit of a slump in his career. 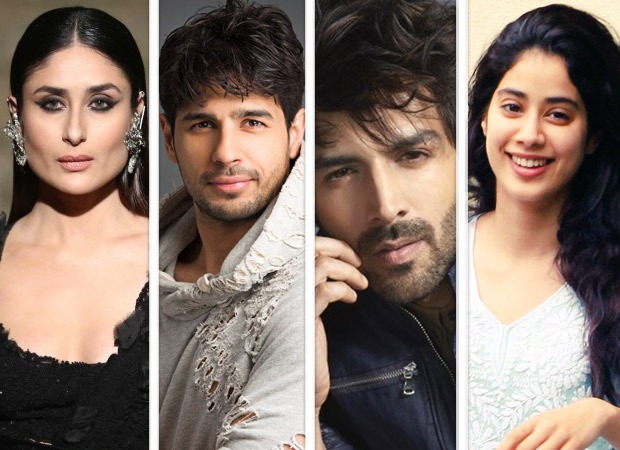 What went wrong for Sidharth Malhotra?

The said movie will be directed by Shashank Khaitan’s assistant director Raj Mehta who is set to get his big break under Dharma Productions. This was a golden chance for Sid to redeem his career but looks like his mentor Karan has other plans as he feels that someone else is well suited to be cast opposite Kareena.

From what is heard, Sidharth Malhotra plans to focus more on different genres and stand out roles. A little birdie told us the real reason of Sidharth declining the Dharma Production movie alongside Kareena Kapoor Khan. The source mentioned, “He was offered the movie but because of prior work commitments and date issues, he had to decline the offer. Currently, he is prepping towards portraying an army officer in Shershah (yes we said it, it’s the working title for the movie) and is very keen to dedicate time and focus on it.” We also hear that he is being very choosy and wants to do films with stronger characters and different genres.

On the other hand, there were already talks of Kartik signing a film contract with Dharma though it was unconfirmed. Now we don’t know anything about the contract, but our sources confirm that Kartik is very much a part of this film along with the Dhadak diva Janhvi. It is amazing that Janhvi already has two Dharma movies in her kitty!

Kareena Kapoor Khan, too, is in full form as she is all set to come back with a bang with Veere Di Wedding, her first film after motherhood. Apart from this she has hit the gym with vengeance and is looking drop dead gorgeous with her newly sculpted abs. It would sure be amazing to see her in a total commercial Dharma movie.