The Kabir Khan directed Ranveer Singh starrer 83 is all set to hit the big screen. Based on the 1983 World Cup win, the film has been one of the most talked-about and keenly anticipated releases of recent times. But before 83 hits screens, Bollywood Hungama has learnt that Kapil Dev who led the Indian cricket team to victory in 1983 will be seen in a cameo role in the film. 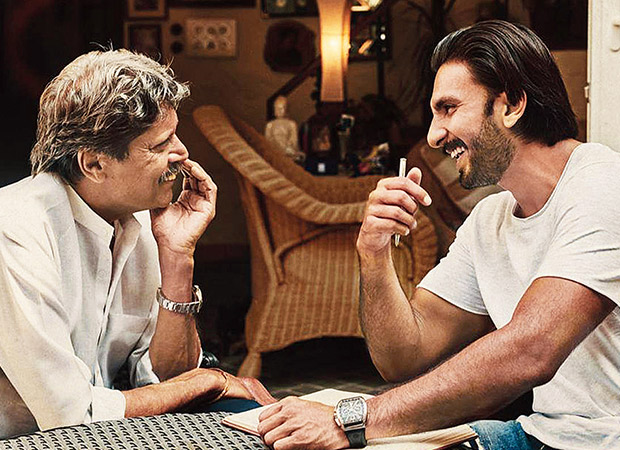 SCOOP: Kapil Dev to feature in a cameo in Ranveer Singh starrer 83

“Yes, Kapil Dev does have a cameo in 83”, confirms our source. Continuing further he adds, “The cameo is a very small one, but definitely not a blink and miss part. In fact, during India Vs Zimbabwe's iconic match where Kapil Dev made a world record, Ranveer Singh's character hits a six, and the real Kapil is one individual among the crowd who catches the ball across the boundary line.” Interestingly, Kapil isn’t the only member of the original team to feature in the film, as we had reported yesterday, Mohinder Amarnath as well is seen acting in the film.

As for the film itself, 83 which is slated for release this Christmas is expected to open with a bang. Directed by Kabir Khan, the film stars Ranveer Singh as Kapil Dev, Deepika Padukone as his wife Romi Bhatia, Pankaj Tripathi, Tahir Raj Bhasin, Saqib Saleem, Jatin Sarna, Chirag Patil, Dinker Sharma, Nishant Dahiya, and Harrdy Sandhu among others.