Ajay Devgn has finally wrapped up shooting for his war drama, Bhuj: The Pride of India, in Mumbai and the film is now in the final stages of post-production. Apparently, the actor took complete control over the project, analysing and sitting down on all aspects of filmmaking - from direction to post production, and after certain rounds of reshoots, is all ready to bring the film for the audience during the Independence Day weekend. 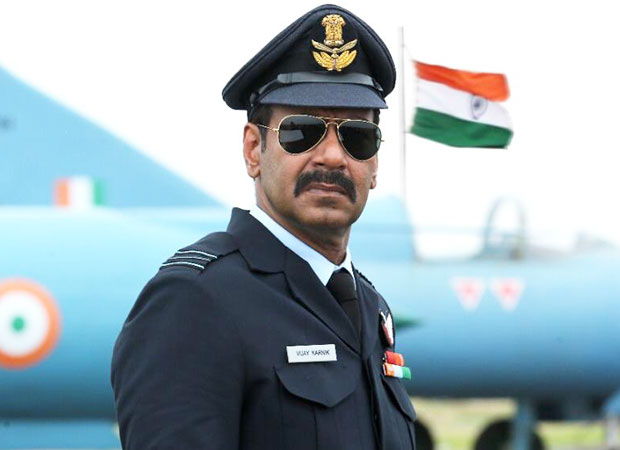 "Ajay Devgn and Disney+ Hotstar want Bhuj to be the big Independence Day attraction on the platform. It's being readied for an August 13 premiere, and the post production work is done keeping this date in mind. It's an ambitious war drama, and the action scenes are said to be the highlight," a trade source shared with Bollywood Hungama.

Ajay took the responsibility on his shoulders for this film as he wants it to be a fitting tribute to the heroic efforts of people to rebuild the Bhuj airstrip. So is there a chance of further delay? "The team is working day and night to lock the edit and there is little chance for Bhuj to be delayed from the planned Independence Day opening. The only reason for delay now will be if the final leg of visual effects are not locked, but it's a bleak chance," the trade source explained.

The trailer of this magnificent movie is all set to launch on 12th July 2021 and the motion poster of the movie released today gives a sneak peek into the world of 1970s which promises powerful action sequences, heart-churning emotions, love, and patriotism towards our country and a mission that brings many brave people of Bhuj together for victory.

Presented by T-Series and Ajay Devgn Ffilms, Bhuj: The Pride Of India is produced by Bhushan Kumar, Kumar Mangat Pathak, Ginny Khanuja, Vajir Singh, and Bunny Sanghavi under the banner of Select Media Holdings LLP. The film has been written by Abhishek Dudhaiya, Raman Kumar, Ritesh Shah, and Pooja Bhavoria directed by Abhishek Dudhaiya, and is all set to release on 13th August 2021 only on Disney+ Hotstar VIP.

Meanwhile, Ajay Devgn also has another film set against the backdrop of Indian Airforce and that's his own directorial, MayDay.

Also Read: Ajay Devgn to resume final schedule of Bhuj – The Pride Of India on June 28