Sanya Malhotra was thrilled when she bagged the role of Anupama Banerjee, daughter of Maths genius, author and Guinness book record holder Shakuntala Devi, for the upcoming film co-starring Vidya Balan. The actress will be essaying the role of Vidya's on-screen daughter in the biopic of Shakuntala Devi who is also known as a human-computer, and not many are aware that Vidya is one of Sanya's favorite actors. 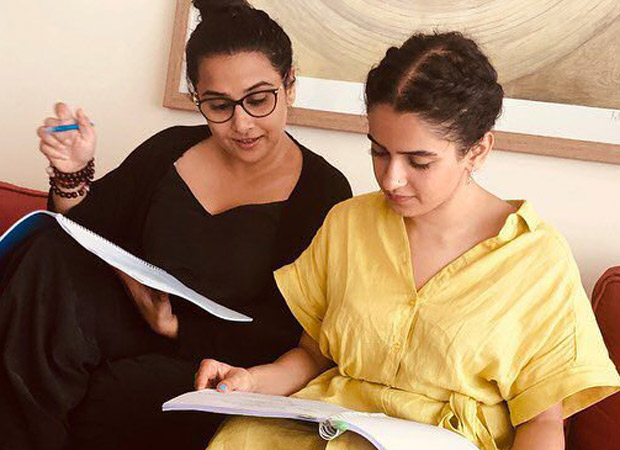 During Badhaai Ho Vidya had called to congratulate her and Sanya was super thrilled to hear from her. Now Sanya is elated to doing a film with Vidya. Sanya Malhotra shares “It feels surreal! I remember when I first met Vidya, it was in some Bollywood party and I was totally a fangirl there. I embarrassed myself and might have embarrassed her as well. Later, I remember that I was in Delhi with my family when I got a call from Vidya and I got super excited. I was delighted to get a call from one of my favorite actors and more so when she appreciated my work in Badhaai Ho. She had even hosted a special screening for Photograph and I was super happy and excited about that. Truly, I am happy to work with such a brilliant actor. She is amazing on-set and is an amazing co-star to work with. Whatever scenes that I have shot with her by now, I have learned so much with the brilliance she holds as an actor.”

Recently, the actress shared her first look from the film on Instagram and fans just cannot stop gushing over how adorable she looks- cute, adorable, different and well, so much more! On the work front, Sanya is all set to share her screen space with Vidya Balan and slip into the character of Anupma Banerjee in her upcoming project, Shakuntala Devi which is produced by Sony Pictures Networks Productions and Vikram Malhotra. The film will have a summer 2020 release.