Rumours of the alleged relationship between Salman Khan and Iulia Vantur never cease to stop. Even though Salman continues to maintain his silence, these reports haven’t hindered his friendship with the Romanian star. On the other hand, Iulia who is trying to find a foothold in Bollywood, has taken a keen interest in music. And with her new talent gaining prominence, now she has received an entry in the team of Race 3. How? Well, let us tell you. 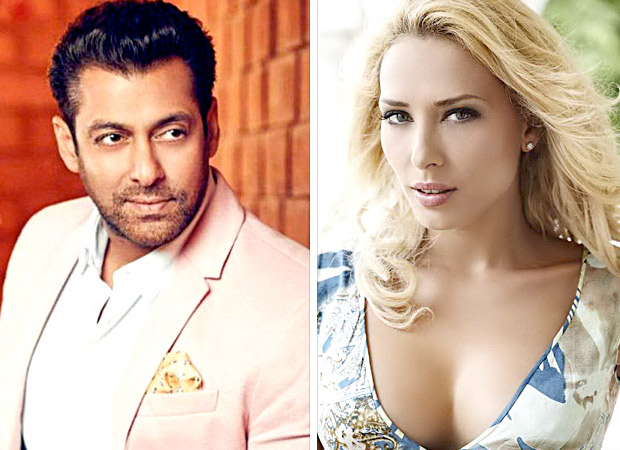 Do you remember the popularity that the Bipasha Basu and Akshaye Khanna song ‘Pehli Nazar’ from the film Race had gained? Courtesy, Atif Aslam! It seems that the makers of Race 3 now want to repeat the success of the chartbuster for this film too. So, Atif has crooned a romantic track for this film and accompanying him was none other Iulia Vantur.

We had spoken about this song earlier in a couple of reports. The team had shot for this song picturized on the lead pair Salman Khan and Jacqueline Fernandez in Dubai. If reports are to be believed, it was Salman who suggested that his ‘good friend’ Iulia be taken on board for this romantic duet.

Reportedly, Atif Aslam had already recorded his part in Dubai. However, Iulia Vantur is said to have recorded her version in India at a Mumbai studio recently. We had, in the past, also mentioned that Salman Khan turned lyricist for this film. The actor had written a song and had sung it for the Race 3 team. They loved it very much and decided to use it for the film. On the other hand, Salman, who was happy with all the reactions he received, was more than glad to present the song to the team as a gift.

The music is composed by Vishal Mishra who has also created another romantic track in Race 3. According to reports, the said song is sung by ‘O Oh Jaane Jaana’ fame Kamaal Khan.

Race 3 stars have currently returned to Mumbai after a long Abu Dhabi schedule. The final schedule will be shot in the city itself. The film also stars Anil Kapoor, Bobby Deol, Daisy Shah, Saqib Saleem among others. It is slated to release on June 15.