Last Updated 07.08.2022 | 6:58 PM IST
feedback language
follow us on
Bollywood Hungama » News » Bollywood News » To RK, With Love: Ranbir Kapoor to celebrate 15 years of his career by thanking his fans

Ranbir Kapoor is playing a larger-than-life quintessential Hindi film hero with the action entertainer Shamshera. Ranbir, who is coming to the big screen four years, is also completing 15 years of his glorious career in which he has delivered blockbusters like Barfi!, Yeh Jawaani Hai Deewani, Ae Dil Hai Mushkil, Sanju to name a few. To celebrate this moment, Ranbir wants to thank his fans first by doing something supremely unique during Shamshera promotions. He wants his fans to own Shamshera and celebrate the movie with him. 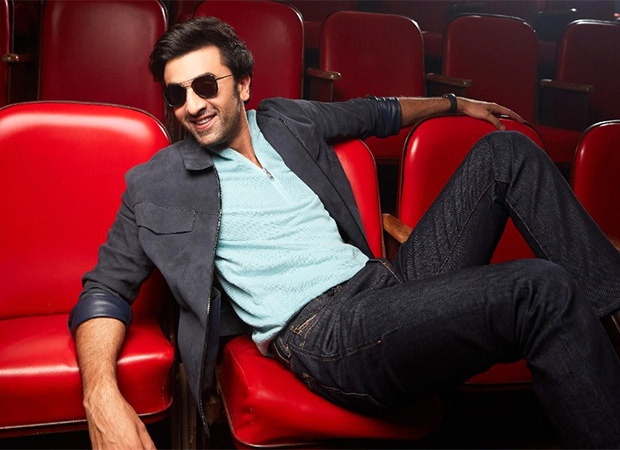 To RK, With Love: Ranbir Kapoor to celebrate 15 years of his career by thanking his fans

Yash Raj Films have strategized several key ideas involving his fans and the first idea to drop is ‘To RK, With Love’ that gives a chance to all his fans worldwide to write to Ranbir. The superstar has been social media shy and so it is tough for his fans to get more of his attention. Ranbir wants to make an exception with Shamshera and wants to do something special for his fans via this innovative social media plan. He promises that his fans will be in for a sweet surprise after they write to him!

Ranbir says, “Sometimes, I feel so guilty that I get so much love and support from my fans and I can never reciprocate it. I think the YRF marketing team has really come up with interesting ideas where I can really interact with my fans, I can open myself up, they can really get to know me and I can get to know them. Because eventually, it’s all about them. It’s all about bringing a smile to their faces and that’s what matters the most. So I am really happy that I am doing this and I hope I can do lots more of this in my career!” 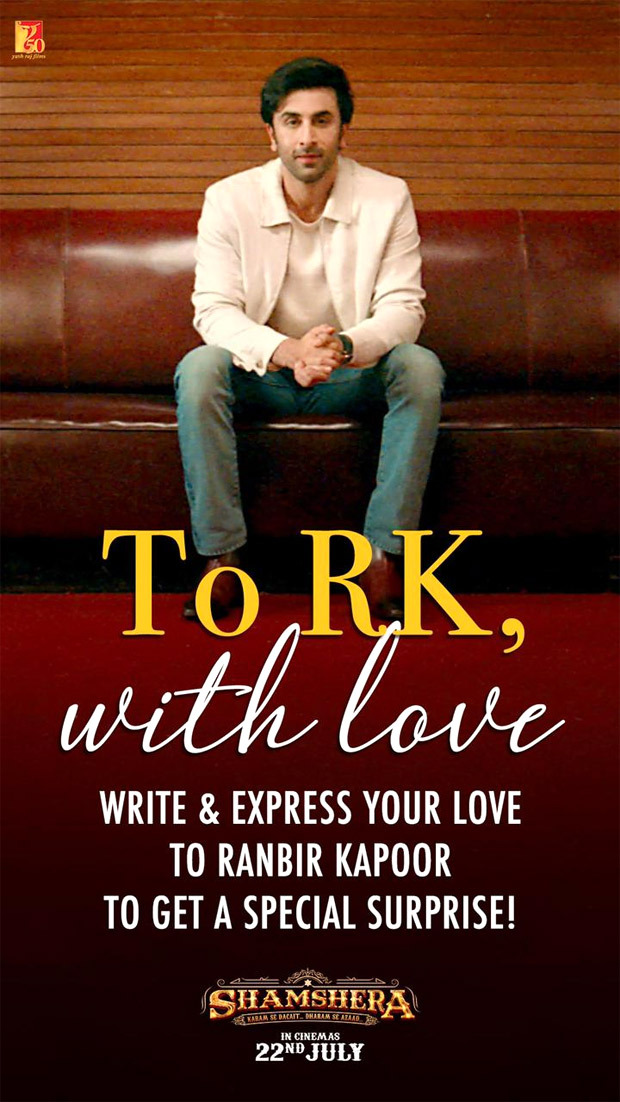 In Shamshera, Ranbir is pitted against Sanjay Dutt who is playing an evil, merciless, cold-hearted brute force of nature, Shuddh Singh. Sanjay Dutt vs Ranbir Kapoor is the clash of the year on the big screen!

The story of Shamshera is set in the fictitious city of Kaza, where a warrior tribe is imprisoned, enslaved and tortured by a ruthless authoritarian general Shudh Singh. This is the story of a man who became a slave, a slave who became a leader and then a legend for his tribe. He relentlessly fights for his tribe's freedom and dignity. His name is Shamshera.

Also Read: RK Tapes: Ranbir Kapoor reveals his love for bad boys of Hindi cinema; says “I have a dream that once in my career; I will do a negative role”