Ranbir Kapoor is currently shooting with Alia Bhatt in Bulgaria for Brahmastra and well, people can't stop talking about it. First of all, it is one of the most awaited films because Ranbir is collaborating with Ayan Mukerji after a long time since his last hit with him Yeh Jawaani Hai Deewani. Secondly, because he is dating his leading lady! The two did not exactly hide their relationship from the media and have been flaunting their togetherness publicly. Ranbir's dad, veteran actor Rishi Kapoor, came out in open about his son's equation with Alia and said that there is nothing to hide as things are pretty obvious. He, like any other typical Indian dad, spoke about his wish to see his son get married soon. He said that Ranbir is now 35 and hence should get settled down soon. He also expressed a wish that he wants to play with his grandkids while he is still hale and hearty. Now, isn't he like any other Indian parent? 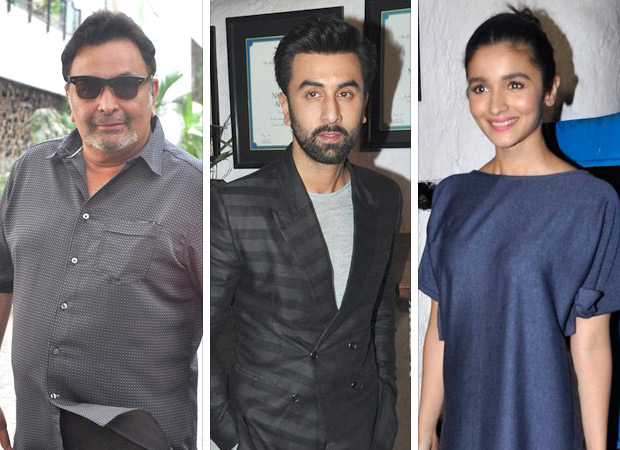 Ranbir, too, in his recent interviews has expressed that he too would like to get married at the right time and wants to focus on his personal life along with his film career. He has just delivered a blockbuster with Sanju and has reinstated his position as a credible commercial star at the box office. There is no looking back now for him as he has some amazing films in his kitty. There is Brahmastra of course and then Yash Raj Films’ Shamshera. He also is doing Luv Ranjan's next with Ajay Devgn.

Lady in question, Alia Bhatt too spoke about getting married before she hits 30. She also is open to the idea of marriage and settling down after Ranbir came in her life. We are rooting for these two to make their relationship official. Are you too?

Also Read: Rishi Kapoor shares a pic of the person he wants Ranbir Kapoor to get married to, and it's not Alia Bhatt!