Around 50 days are left for the release of what could be called as the last event film of 2019, Dabangg 3. And lead actor Salman Khan is all out to promote the film through the not-so-conventional methods. On top of that, he’s also having a blast and as a result, even his fans are an excited bunch. Today, the admirers of Salman got a nice surprise in the form of the complete audio of the title song. And that’s not all, this strategy will continue for many more days to come. 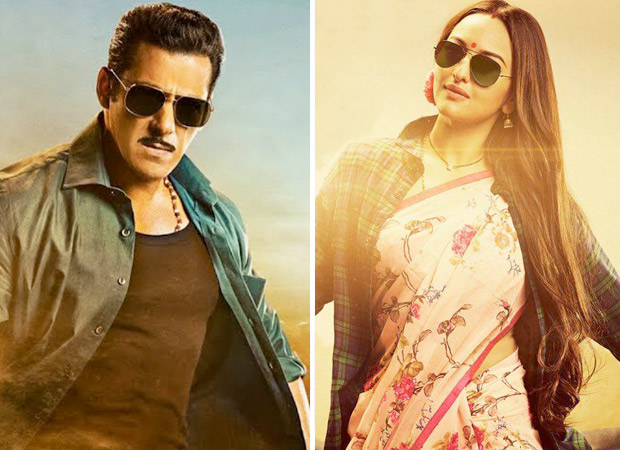 A source close to the project says, “Salman Khan is very kicked about Dabangg 3 and wants to ensure it gets the right and the most unique publicity campaign so that it creates enough buzz amongst the audiences. Nowadays, the trailer of biggies usually arrives a month or 40 days before release. But for Dabangg 3, Salman Khan went the old school way and released the promo on October 23, almost two months before the film’s release, scheduled for December 20. And even here, he held simultaneous events in various cities and gave a treat to his fans. So next, he wants the film’s music to grow. Hence he decided to launch the audio of each and every song in the film. So every three days, starting from today, the Dabangg 3 team would drop a track. Hence, by mid-November, viewers will be able to listen to the complete album. This is a rarity in today’s times, when the jukebox is not out a week or even a few days before release. Interestingly, this strategy was also kind of used during Salman Khan’s 2015 Diwali release Prem Ratan Dhan Payo when the complete album was unveiled more than a month before its release.”

The source continues, “All the audio songs are expected to be out by November 18. And then after November 20 or November 21, the videos of these songs will be launched. This and other activities like interviews, TV show appearances etc. will dominate the last one month of promotions of Dabangg 3.”

The source before signing off says, “Salman Khan is always gung-ho about his film before release but this time, the excitement that he is exuding is something else. Besides being a part of film’s writing, he has also carefully handpicked each song. And now, even in marketing plans, he’s making his presence felt. Looking at Salman bhai’s confidence, expect a big dhamaka this Christmas week!”