We all know that Boney Kapoor has been keen on extending the wings of his production house. The producer – filmmaker started off by remaking the film that his late wife Sridevi was keen on making – which was the Tamil remake of the Hindi film Pink. Now the producer has decided on another remake. But this time he will be getting a South film to Bollywood. He is joining hands with hit Telugu producer Dil Raju and director Anees Bazmee for his next for the remake of the Telugu film F2 – Fun and Frustration starring Venkatesh, Tamannaah Bhatia, Varun Tej and Mehreen Pirzada. 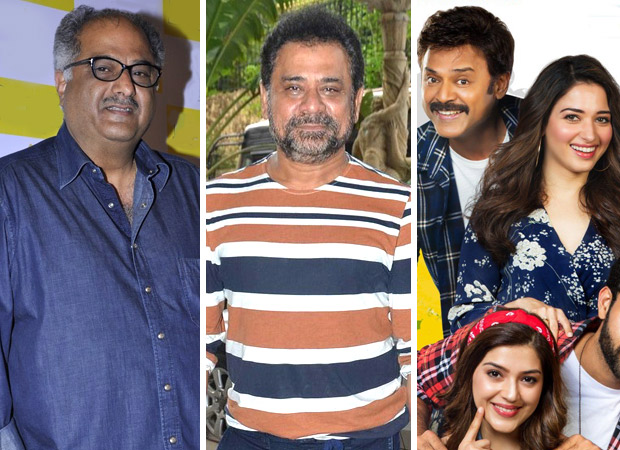 It is being said that Anees Bazmee will be directing this fun roller coaster ride. The director is known for his comedy films and he is currently directing another comedy with John Abraham as his leading man. The cast for the Hindi remake of F2 is currently kept under wraps. F2 Fun and Frustration originally was directed by Anil Ravipudi and released in January 2019. The details of when the Hindi remake will go on floor is yet to be seen.

Coming to F2 Fun and Frustration, the film is a rom com featuring the trials and tribulations between two couples but with a fun twist. While Venkatesh and Tamannaah play a married couple, Mehreen and Varun play the couple who will be engaged. But when the guys feel that they are tortured by their respective partners, they plan an escape.