Akshaye Khanna faced several ups and downs in his life in the past few years. He lost his father and veteran actor Vinod Khanna last year to cancer. While he is still recovering from the personal loss, the actor is on his way to revive his Bollywood career. The actor, after films like Dishoom and Ittefaq, is now all set for another intriguing role. He will be seen as a lawyer in Section 375: Marzi Ya Jabardasti along with Richa Chadha 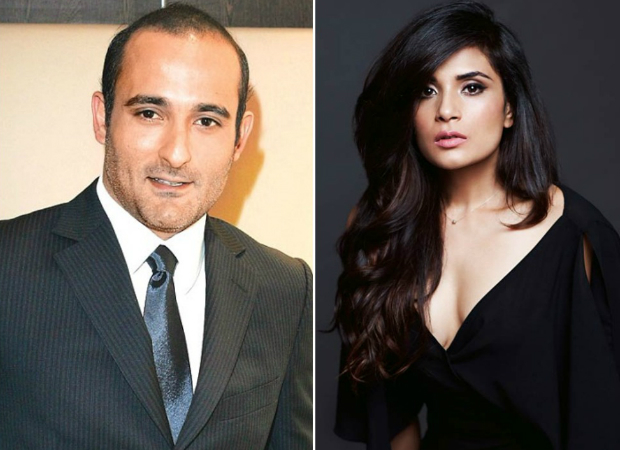 The film in question will be directed by Rahasya fame Manish Gupta. The film revolves around the debate of how women often misuse rape laws. These stringent laws are created by the government for the protection of female gender. But there are many who use its loopholes for their own personal benefit. The film Section 375: Marzi Ya Jabardasti explores these two aspects of the same coins. It is inspired by 10 real life cases.

Speaking on getting Akshaye Khanna on board, Manish revealed that he wasn’t looking for a quintessential hero. His requirements were that of an intelligent guy who looks approximately 40 years old. For him, Akshaye was the perfect match for the role of a suave SoBo [South Mumbai] lawyer who is fluent in English. On the other hand, Richa Chadha will be seen as a public prosecutor.

Interestingly, this will be the first time where Akshaye Khanna and Richa Chadha will be sharing screen space. Considering that both these actors are considered to be powerhouse performers, it will be an interesting watch to see them battle it out in the court room.

On the other hand, Manish Gupta revealed that he has undergone extensive research for the film. From meeting alleged rape accused to survivors, he even explained the process of a special court. It has a female judge who is generally appointed only to hear rape cases. Talking about the same Manish says, “Rape laws are being misused by men and women alike leaving the judiciary and police confused as to which rape case is genuine and which is fake." Further adding about the research he underwent the filmmaker adds, “There are special courts with female judges who only hear rape cases. I have also met survivors, their families, alleged rapists and lawyers representing both sides" he says. “It’s very disturbing not only for the accused and the survivors but also their families.”

Furthermore, talking about the film, it brings forth the much discussed debate on rape and consensual sex. Manish also asserted that the suspense of whether it was rape or consensual will keep the audience gripped till the end. He also stated that both the lawyers will have ample evidence to back up their case.

Section 375: Marzi Ya Jabardasti is said to be produced by Abhishek Pathak, son of producer Kumar Mangat. Pathak revealed that he was super impressed with the script and was immediately drawn to the idea. Hence he decided to back the project. "I have seen Manish’s Rahasya and we thought it was a great film. We know what he will be able to achieve with this script. When he came to us, we were drawn by the idea of Section 375 and decided to back the project.” Further details on the film aren’t available as of now. The film is expected to go on floor in March – April this year.

Owing to the lockdown, Pankaj Tripathi…