Rani Mukerji’s much-awaited next, Mardaani 2, has shocked and gripped the nation with its brilliant storyline that is inspired by shocking true crimes against women by juveniles. The edge-of-the-seat thriller will see Rani in a race against time to capture a brutal serial rapist who systematically targets women. And, we hear, for a particular chase sequence, Rani overcame hydrophobia to hunt down her cold-blooded nemesis. 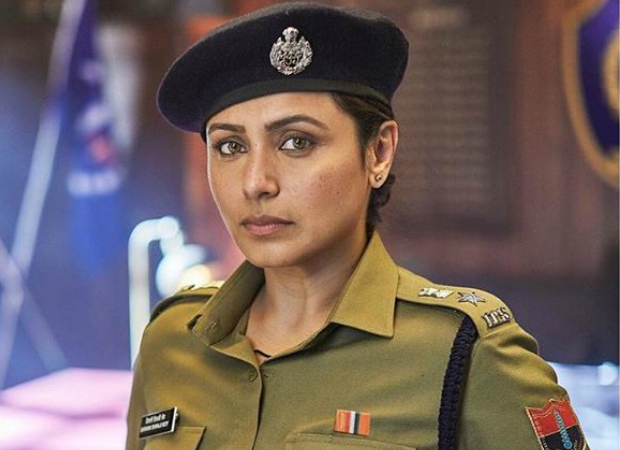 Rani reveals saying, "There was a scene in the film that required me to do an underwater action sequence. When I heard it for the first time during the script narration from Gopi I was quite disturbed because honestly, I have fear of water as I actually do not know how to swim. From childhood, I have the fear of getting into the pool. All my life I have tried several times to be able to get myself to swim but unfortunately, I have not been successful. The first thing I asked Gopi after the narration got over is how important is the underwater sequence, is it very imperative for the film or whether we can do without it. To my utter shock, Gopi said that it cannot be changed and he would like to shoot the sequence underwater and he would prefer not changing it."

She adds, "I realised that it was going to be a huge challenge for me going forward with the film to do this particular underwater sequence. Doing an underwater shot is still ok if they are just beauty shots as one can still manage it however doing action underwater gets very challenging.  I spoke to Gopi and gradually told him that unfortunately, his lead actor does not know to swim and he was utterly shocked. He was then in a dilemma of how this sequence is ever going to take place. I requested Gopi to keep the underwater sequence as the last thing that we will shoot for the film so I could get time to practice swimming and also try to get rid of my fear."

Rani took the time to practice swimming. She says, "We finished shooting the film in June and because I was so scared to even attempt doing the underwater sequence I kept delaying the practice sessions and then we kind of reached September/October. Everybody started to panic and said that now we are at a deadline and we have to shoot it. I guess since we were that close to the deadline I knew that there was no other option but to shoot in October as the rains had also stopped and this was the only window for us to shoot. I mustered courage and started going for my swimming lessons."

Rani further elaborates saying, "I luckily got an amazing coach Anees Adenwala, he trained me so well and was absolutely wonderful. He actually eased me in water and I realised that at this point if I don't get rid of my water phobia I would never in life and this film gave me a great chance to tackle the demon in my life of not being able to swim. I practiced with him and he trained me for the underwater sequence. We shot the sequence in Khopoli where the military people train. It’s a 30 feet pool which is very deep. They had to make the pool look like we are in the middle of the Chambal river where the sequence is actually taking place. It was a night sequence, it was very dark. Everyone was shocked as I actually managed to do it. I am pretty proud of myself today that I dealt with my demon which is the fear of water and I overcame it through this shoot. I am glad that Gopi put this sequence in the film because I have finally overcome my fear of water and now I can gladly swim in a pool if not in the sea."

Mardaani 2 focusses on the rise of violent crimes by juveniles in India and has definitely sparked a conversation on the threat it poses to young girls. Rani is reprising the role of the fearless and committed Superintendent of Police, Shivani Shivaji Roy in the film. She had delivered a knock-out performance in the superhit and hugely acclaimed prequel, Mardaani, in which she took on the kingpin of a child trafficking racket.