Last Updated 19.10.2021 | 10:39 PM IST
feedback language
follow us on
Bollywood Hungama » News » Bollywood News » Rangoli Chandel hits back at Aditya Pancholi in a series of tweets and shares this audio evidence of him speaking to her defense counsel Rizwan Siddiqui!

While Kagana Ranaut is busy representing her brand and the country at Cannes Film Festival, back home, she has been mired in controversies with the recent one being a case being registered against her by Aditya Pancholi. The actress’ official spokesperson and sister Rangoli Chandel, who has always come out in support of her actress-sister, decided to speak up on the same and even posted an audio evidence of a conversation between Aditya Pancholi and her defense counsel Rizwan Siddiqui. 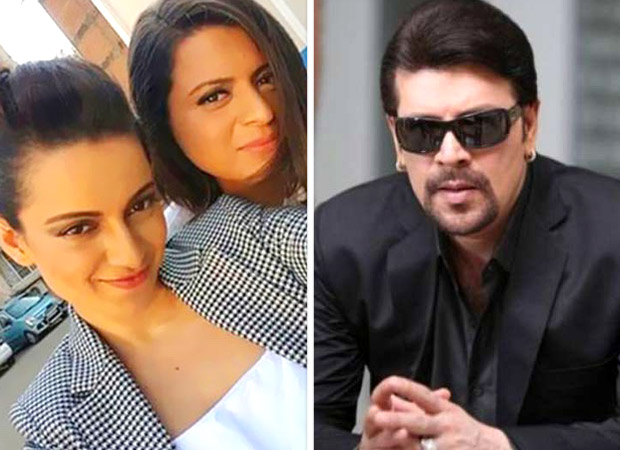 Advocate Rizwan Siddiqui, who also represented Kangana Ranaut in the Hrithik Roshan case, is defending the actress in the recent case which was filed by Aditya Pancholi against the actress. But it seems that the defense counsel also has a connection with the Pancholi household since he is expected to be a brother like figure to Zarina Wahab. Explaining about it in one of her tweets, Rangoli said, “My lawyer Rizwan who happens to be like a brother to Zareena Wahab gave this to me, this is how he talks to Pancholi, this is their equation, there is no chance of threatening when two individual talk like this (Aditya calling Rizwan )...” Along with that, she also posted a phone conversation between Siddiqui and Aditya Pancholi. Here’s the post:

(Contd)....which is being revived to fight defamation suit, there is no attempt to defame him when one states matter of fact matters as it is... hopefully not so bright bulbs will also understand ( light up now) have simplified it completely ????

Besides that Chandel lashed out at Pancholi and the patriarch mentality of the society in a series of tweets. Here’s what she said:

About Pancholi waking up from the grave every now and then, everyone who it may concern, it is the same complain of sexual harassmentand, physical violence, house arrest and molestation that Kangana filed in 2007 which was also widely reported in media... (contd)

(contd)...because Kangana spoke about it in Aapki Adalat, Pancholi filed a defamation suit on her in 2017, so our lawyer who happens to be Pancholi’s friend also said you cant stop her from speaking about her experiences....(contd)

(Contd)....which is being revived to fight defamation suit, there is no attempt to defame him when one states matter of fact matters as it is... hopefully not so bright bulbs will also understand ( light up now) have simplified it completely ????

This is when Kangana was a minor, this monster Pancholi who has many cases of assault and rape on him still roams around openly, and @IndiaMeToo has all the sympathy for him.... shows the poor condition of women and their mentality in this country ... ???? https://t.co/ZyQNENsbes

Tags : Aditya Pancholi, Bollywood, Controversy, FIR, Kangana Ranaut, Legal, Me Too, Me Too Campaign, Me Too India, Me Too Movement, MeToo, News, Police, Rangoli Chandel