Rakul Preet Singh was recently on a break in London where she attended the India v/s Pakistan World Cup match and cheered for the men in blue like never before. After that, she was also spotted in the studio where she made an appearance on the BBC Radio Asia Network and enjoyed every bit of it. 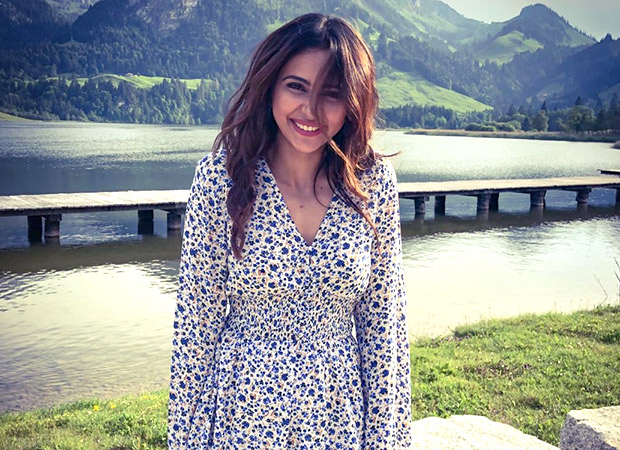 She was last seen in De De Pyaar De with Ajay Devgn and Tabu in lead roles as well and will next be seen in Marjaavaan. The movie is an intense love story that also stars Sidharth Malhotra, Tara Sutaria and Riteish Deshmukh in crucial roles. Directed by Milaap Zaveri, Marjaavaan has already created a lot of buzz among the fans. After her little getaway in London, she has now headed to Switzerland to shoot for her next project, Manmadhudu 2.

The best facial exercise is LAUGHTER ???? so laugh always to chase the blues away ???? #swissdiaries #manmadhudu2

It goes without saying that Rakul Preet Singh looks absolutely mesmerising in the picture.

Also Read: Rakul Preet Singh is all smiles as she visits the BBC Radio Asia Network in London!