It is known that Rakeysh Omprakash Mehra and Farhan Akhtar, the duo behind the critically acclaimed Bhaag Milkha Bhaag, are set to reunite this year with sports film Toofan.  The film will be produced by the actor himself along with his partner Ritesh Sidhwani under the Excel Entertainment banner. As the film is on boxing, Farhan has already begun extensive prep to essay the character of the boxer. Rakeysh Omprakash Mehra has confirmed that the film will roll out in August this year and will release in 2020. 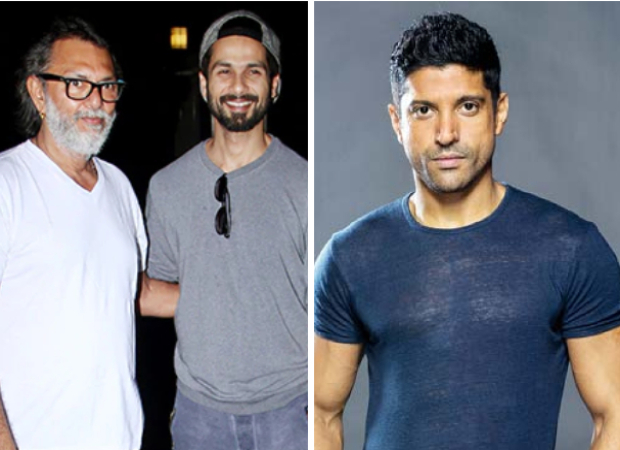 Besides this, there have been speculations about Rakeysh collaborating with Shahid Kapoor. But nothing was confirmed until now. As per the filmmaker, he is in talks with Shahid for a film. He said that he is such a fabulous actor and feels like he would have a fun time working with Shahid. The filmmaker feels like it is a DNA match with Shahid. He admitted that the conversations are on between the two of them and hopefully they will reach a common point if everything checks out.

Earlier, there were speculations that Shahid was approached for Rakeysh’s Kabaddi, produced by Ronnie Screwvala. The film is a fictional story on kabbadi and set in the era of the prisoner-of-war camp.

Meanwhile, Rakeysh Omprakash Mehra's Mere Pyare Prime Minister is all set to release on 15th March 2019. The film deals with the social issue of open defecation. It stars the national award-winning actress Anjali Patil who is playing the role of the mother. The music of the film is given by Shankar-Ehsaan-Loy and lyrics by Gulzar.

ALSO READ: TOOFAN: After Bhaag Milkha Bhaag, Farhan Akhtar and Rakeysh Omprakash Mehra reunite for another film and this time it is about BOXING!