Before Priyanka Chopra, it was another Miss World Aishwarya Rai Bachchan who went on to do a few Hollywood ventures. The actress made her debut with Bride & Prejudice in the industry but apparently that wouldn’t have been the case! In fact, if recent reports are to be believed the former beauty queen missed out on a chance to share screen space with one of the most handsome men in the world, Brad Pitt in the latter’s historical film Troy that released in 2004. 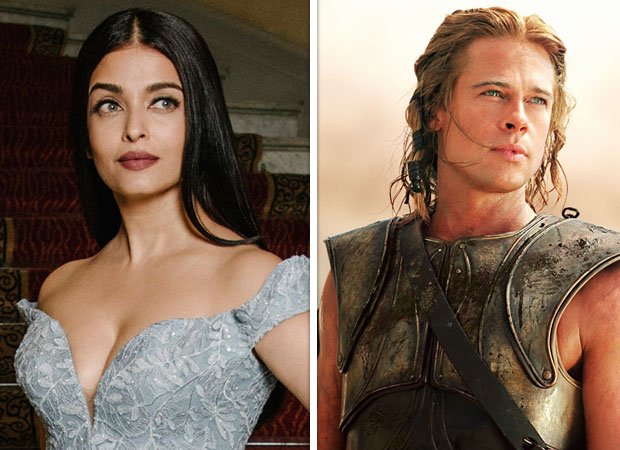 According to a magazine, Aishwarya Rai Bachchan was first approached to play the role of Briseis in the much acclaimed film Troy which starred Brad Pitt and Diane Kruger in lead roles. The film was supposed to feature our Indian star but the actress reportedly refused because of the intimate content in the film. It seems that Aishwarya refrained from doing intimate scenes on the big screen then and decided to opt out of the film. Later, the role was given to Rose Bryne.

Another interesting fact is that if Aishwarya would have said a yes, Troy would have marked her debut in American cinema. However, the actress made her debut with Bride & Prejudice where she played an Indian in the film. The said Gurinder Chadha film was loosely based on the Jane Austen novel Pride & Prejudice.

On the other hand Aishwarya Rai Bachchan has featured in some popular American films like Provoked, Pink Panther, The Mistress of Spices amongst others.

As for Bollywood, Aishwarya has featured in several films before she took a sabbatical in 2010 post Guzaarish. The actress returned to the big screen with Jazbaa in 2015 and went on to star in films like Sarbjit, Ae Dil Hai Mushkil and Fanney Khan. She is yet to make an official announcement about her next project but reports have it that she will feature in Raat Aur Din remake.