Farhan Akhtar and Rakeysh Omprakash Mehra changed the phase of sports biopics in Indian cinema with their patriotic and heart-warming journey of athlete Milkha Singh in Bhaag Milkha Bhaag. The two are now all set to reunite for another sports film but this time it will be about boxing! Titled Toofan, it will be produced by the actor himself along with his partner Ritesh Sidhwani under the Excel Entertainment banner. 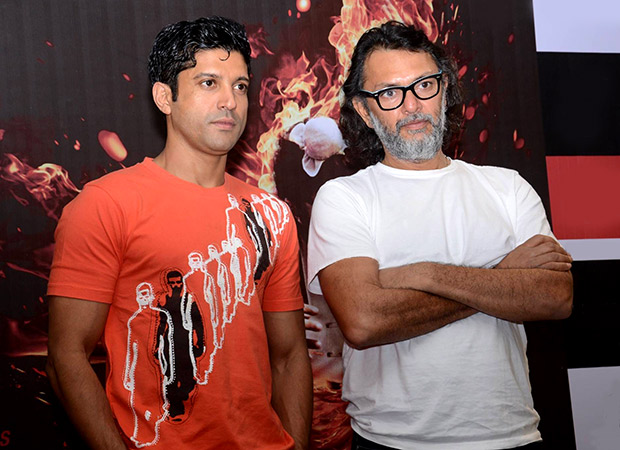 After the release of Bhaag Milkha Bhaag, we have seen Farhan Akhtar in films like Shaadi Ke Side Effects, Dil Dhadakne Do amongst others and his last big screen outing was Lucknow Central. The actor is supposed to be currently busy with the shooting of Shonali Bose’s The Sky Is Pink where he reunites with Priyanka Chopra in the role of her husband. Coming to Toofan, the film will not be a biopic or a real life story like that of Milkha Singh. Rather, it is said to be a fictional story scripted by Anjum Rajabali.

Confirming the developments, Farhan Akhtar took to social media to make an official announcement on the film. He shared this post on Twitter saying, “Thrilled to share that 6 years after Bhaag Milkha Bhaag, @RakeyshOmMehra and I are reuniting to create #Toofan .. a heartfelt story of a boxer. Hope for your best wishes as we embark on this new journey. Love"

Thrilled to share that 6 years after Bhaag Milkha Bhaag, @RakeyshOmMehra and I are reuniting to create #Toofan .. a heartfelt story of a boxer.

Hope for your best wishes as we embark on this new journey. Love@ritesh_sid @excelmovies @ROMPPictures pic.twitter.com/wvWvWIvNj9

If reports are to be believed, Farhan Akhtar fell in love with the story when he was approached for the role in Toofan and he is excited to collaborate with Milkha director Rakeysh Omprakash Mehra once again post the stupendous success of their last venture. Not surprisingly, Farhan will have to undergo extensive prep to essay the character of the boxer and the said film is expected to go on floor this year.

Also Read: Farhan Akhtar has a relaxed Sunday in the pool with girlfriend Shibani Dandekar