Readers may be aware that the promotional activity for Shah Rukh Khan’s 2017 release Raees turned out to be a nightmare for many. The actor was travelling by Rajdhani for the promotions of the film and it ended up causing stampede and other disruptions when they halted at Kota to meet the fans. A case against Shah Rukh Khan was registered in Rajasthan High Court regarding the matter under varied sections. Now that the petitioner has withdrawn the case against the superstar, the Rajasthan High Court has refuted to dissolve the case and would continue with the same. 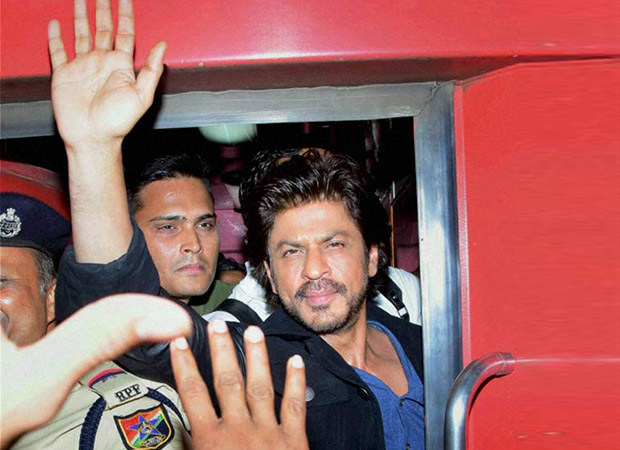 Reports have it that the complainant Vikram Singh, a railway vendor had filed this case against Shah Rukh Khan under the charges of disrupting the activities in Indian Railways, causing heavy public damage etc. when he halted in Kota. The Raees actor had taken a halt to distribute gifts to his fans, which caused heavy stampede and some ended up getting injured too. Owing to the incident, Shah Rukh faced many charges under sections 427 [Mischief causing damage], 120B of criminal conspiracy and even 145 of drunkenness and nuisance.

On the other hand, when the complainant decided to not take the case further, he decided to withdraw the same. However, the Rajasthan High Court has refused to let the matter go adding that they would pursue it further even without the complaint since it involves public property damage. According to the reports, the HC believes that Shah Rukh Khan is guilty of causing the chaos, endangering the safety of people who were present at Kota station. In fact, if reports are to be believed, the next hearing on the same has been scheduled on May 28.

Also Read: Shah Rukh Khan, Anil Kapoor and Boman Irani slapped with a notice with regards to the QNet scam