The Pulwama attacks, that took the nation by a shock, saw a massive level of destruction in Jammu and Kashmir. Many celebrities have decided to extend their support against this attack and also want to commemorate the sacrifice of the CRPF personnel who lost their lives in the process. Keeping in mind the same, Manikarnika - The Queen of Jhansi actress Kangana Ranaut, superstar Salman Khan and many others have decided to cancel their commitments and celebrations. 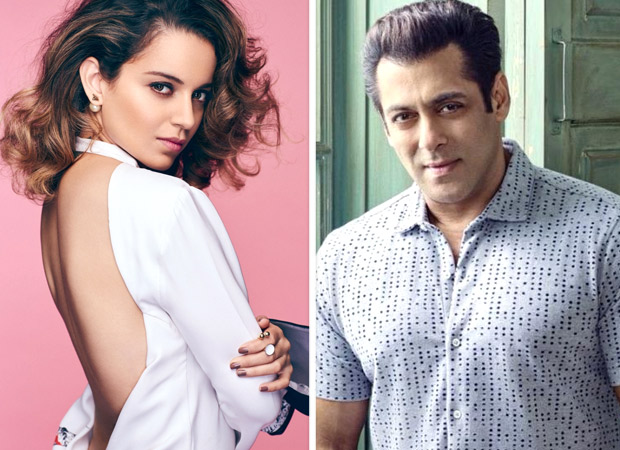 We all know that Manikarnika - The Queen of Jhansi enjoyed a successful run at the box office this year. To celebrate the same, Kangana Ranaut was all set to host a party for it. However, the actress, who openly voiced her condemn against the Pulwama attacks recently, decided to cancel the success bash of her ambitious film. Not too long ago, the actress had expressed her angst over Pulwama attacks in a recent interview where she also went on to take jibes against actors like Shabana Azmi calling them anti nationals.

On the other hand, Salman Khan too decided to cancel the trailer launch of his next production. After Sooraj Pancholi and Athiya Shetty, Salman is all set to launch Nutan’s granddaughter Pranuthan Bahl and his friend’s son Zaheer Iqbal in the forthcoming film Notebook. The trailer launch of the same was expected to be held tomorrow, that is on February 17. However, recent reports suggest that the actor has decided to cancel the same in the wake of Pulwama attacks.

Soon after the news of Pulwama attacks spread like wild fire, Salman Khan had taken to Twitter to express his grief over the incident. “My heart goes out for the Jawans of our beloved country and their families who lost their lives as martyrs to save our families... #YouStandForIndia,” he had said.

My heart goes out for the Jawans of our beloved country and their families who lost their lives as martyrs to save our families... #YouStandForIndia

Also Read: Bollywood celebrities send their deepest condolences to the martyrs of Pulwama