Yesterday, a heinous terrorist attack in the Jammu and Kashmir’s Pulwama district took place. The attack took the lives of 39 CRPF jawans while leaving some injured. The attack took place when an explosive-laden vehicle attacked one of the security forces buses convoy. It is said to be the biggest attacks after that of Uri, in 2016. It is also one of the first suicide car bomb strike in Kashmir since 2001. 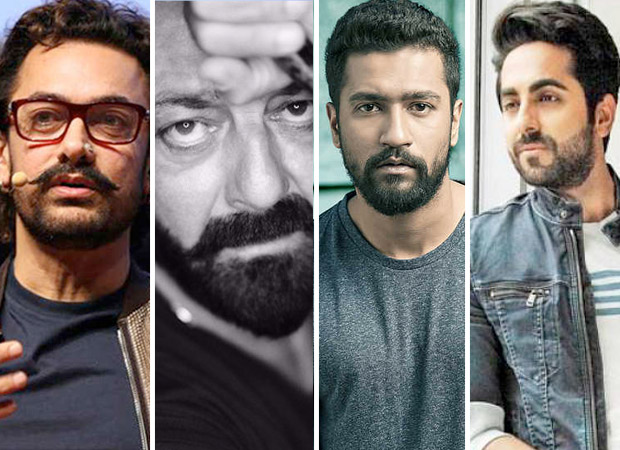 The terrorist group Jaish-E-Mohammed has taken responsibility for the act and it was executed by a Kashmiri local, Adil Ahmed. He was said to be carrying 350kgs of explosives from Kakpora to Pulwama. Most of the Bollywood took to Twitter to condemn this inhumane act and sent out their deepest condolences to the martyrs’ families while wishing a speedy recovery to those injured. Take a look at some of the tweets.

Just learnt of the horrific and cowardly terror attack in Pulwama. Disgusted and saddened.
United in grief with families of the CRPF jawans who lost their lives. My deepest condolences to them.

I am heartbroken to read about the terrorist attack on our CRPF Jawans in Pulwama. It's so tragic. My heartfelt condolences to the families of the Jawans who have lost their lives.

Extremely sad to hear about the Pulwama incident. My prayers & heartfelt condolences to the martyred jawans & their families.

Such terrible news coming from #Pulwama. Today when people are celebrating love, hate raises it’s ugly head too. My thoughts and prayers for the martyrs and their families.

My heart goes out for the Jawans of our beloved country and their families who lost their lives as martyrs to save our families... #YouStandForIndia

Disgusted at the cowardly terror attack on the #CRPF soldiers in #Pulwama - my sincere condolences to the families of our brave jawans. Saddened. Angry.

These casualties are heart breaking and painful. I sincerely pray and wish I see an end to this hatred in my life time. Praying for the CRPF Jawans who suffered in Pulwama terror attack.

The #PulwamaTerrorAttack is a cowardly attack on our soldiers. Heart goes out to our heroes saving our country who have to face an enemy who will hide and attack.

What are these coward humans made of and where is the world heading?? SHOCKED and disgusted by the #Pulwama attack! My condolences and prayers to the families..May the injured #CRPFJawans recover soon!

Heartbroken by the #Pulwama terror attack. I have no words. Praying for our martyrs. ????#RIPBraveHearts #Pulwamattack #CRPFJawans

Shocked and deeply saddened. My condolences and strength to the families of the CRPF soldiers in #Pulwama

Heartbreaking & devastatingly shocking. To resort to such measures & kill people. Praying for the families of our hero soldiers who lost their lives #PulwamaAttack

Deeply pained by the gruesome #Pulwama attack on the #CRPF convoy. Condolences & strength to the families of the martyrs & my thoughts go out to all those fighting for their lives. We must all unite together in this time of grief & condemn this shameful attack

#Pulwama Who are these people who are celebrating a win after this dastardly and cowardly attack..is just condemning this enough..wipe out not just their smiles but their faces.. show us our revenge, instill dismay and dread with the retaliation.????????

Numb beyond belief at the dastardly terror attack on #CRPF soldiers in #Pulwama. May God give peace to their souls, and strength to their grieving families. Wishing the injured a speedy recovery. We can’t let this be forgotten.

Deeply saddened and shocked to hear the news of the terror attack in #Pulwama . My heart goes out to the families of the brave CRPF soldiers we lost today and praying for the speedy recovery of those injured. ????

Our deepest condolence to the families and friends of the martyrs, for their service and sacrifice is what lets citizens sleep peacefully. We also wish a speedy recovery to the Jawans that were injured. We will forever be indebted to you for keeping us all safe.

Also Read: BHARAT: Salman Khan is ‘being real strong’ while prepping for the film