Prabhu Dheva is going to be reunited with Salman Khan after a decade of directing him in Wanted. Dabangg 3 has just given us more and more reasons to eagerly wait for the release because it keeps getting better with every detail we get. The anticipation for the third instalment of the Dabangg franchise is super high. The iconic Chulbul Pandey will be back and since the movie’s announcement, the buzz has made it clear that the movie is going to be a blockbuster. 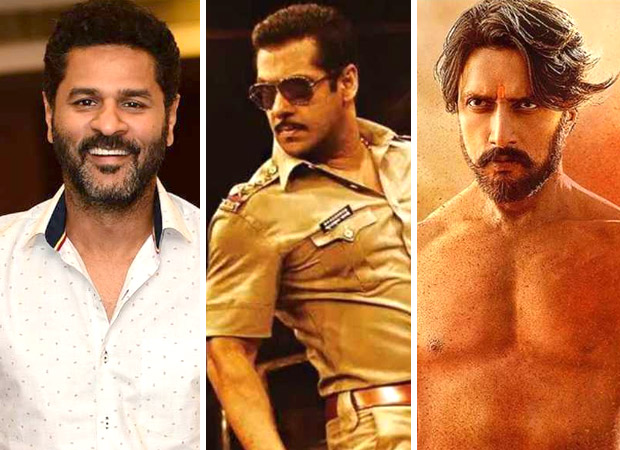 It was revealed a few days ago that south superstar Sudeep will be seen playing the role of the antagonist in this Salman Khan starrer. The star cast looks super strong and the shoot started off in Indore a while ago. Director Prabhu Dheva, in a recent interview, was asked about working with the dream combination of Salman and Sudeep and his reply has only left us more impatient. He said that in one’s back of the mind, you know you’re working with these big stars. So while writing the movie you keep in mind who is it for. When it comes to executing it, direction has to take precedence. He also revealed that Salman and Sudeep were acquaintances and Sohail Khan was friends with him because they played cricket together. Sohail originally suggested to get Sudeep on board and when Prabhu Dheva broke out the news to the team, they were all super excited.

This will also mark Sudeep’s first full-fledged Bollywood film. Dabangg 3 also stars Sonakshi Sinha and Arbaaz Khan in pivotal roles. Salman has finished shooting for the iconic title track of the film and Sonakshi had revealed a glimpse of her look from the sets.

Also Read: It’s CONFIRMED! Salman Khan just shared the release date of Dabangg 3 and it is indeed going to be in December 2019!