Pati Patni Aur Woh remake starring Kartik Aaryan, Ananya Panday and Bhumi Pednekar has already been wrapped up. But, the lead actors will reunite next week on the studio to shoot a song - a recreation of Govinda and Raveena Tandon's Dulhe Raja song 'Akhiyon Se Goli Maare'. 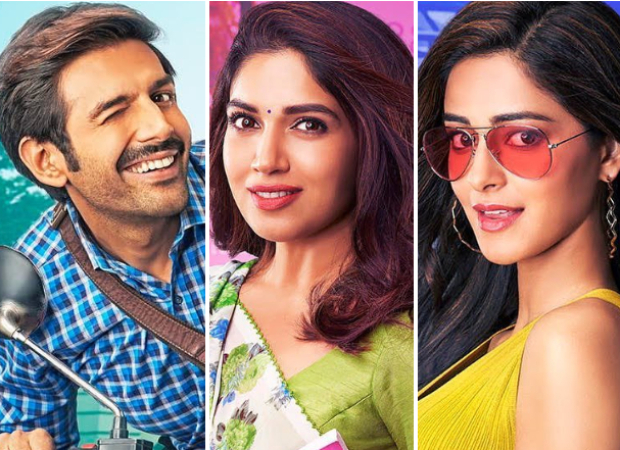 Over the years, the song has gained cult status featuring Raveena Tandon and Govinda's signature moves. The recreation of the song will be choreographed by Farah Khan. Director Mudassar Aziz is excited to have her on board because the choreographer-turned-filmmaker has seen his growth from an assistant director to a writer and finally, a filmmaker.

Mudassar further said that their story is based in a certain milieu. To take the narrative forward, they required most songs. The makers collectively felt that they needed a fun song to communicate with the audience and that the characters could let loose in an alternate setting, where even the Patni and Woh could be together.

ALSO READ: Ananya Panday points out to the difference between their rendition of Pati Patni Aur Woh and the 1978 original classic