Voot has finally announced season four of its most loved youth fiction show, Kaisi Yeh Yaariaan. With a successful run of three seasons, the popular romantic drama is all set to make a comeback on the streamer after almost four years! Alongside its original star cast, the upcoming season of Kaisi Yeh Yaariaan also boasts of some new faces as it marks a new chapter of Manik (played by Parth Samthaan) and Nandini’s (played by Niti Taylor Bawa) life with the theme of ‘Stars, Fireflies and Glassy Dreams.’ 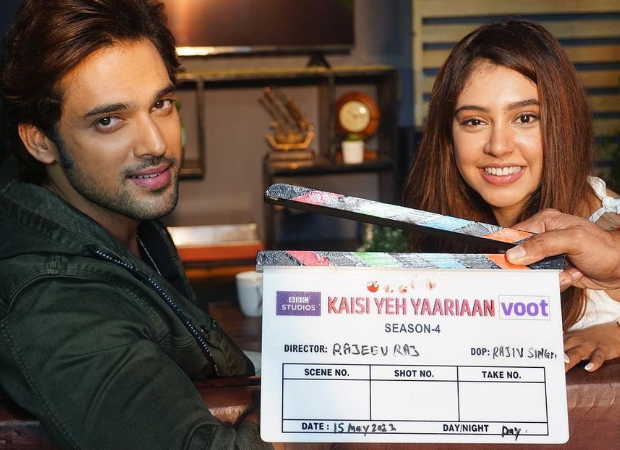 Actors including Parth Samthaan, Niti Taylor Bawa, Kishwer Merchant, Ayaaz Khan and Mehul Nissar, among others, will be seen reviving their characters in Kaisi Yeh Yaariaan Season four. Whereas Aayush Shokeen, Sagar Parekh, Jaanya Khandpur and Palash Tiwari make their entry into the most watched show amongst the youth – Kaise Yeh Yaarian. However, the focus of the show continues to remain on the modern-day fairy tale love story of ‘#MaNan’, i.e., Manik Malhotra and Nandini Murthy!

The plot of Kaisi Yeh Yaariaan season four follows the journey of Manik and Nandini beyond their promise of “Hamesha forever” to each other. How the couple navigates both internal and external fights to keep their romance afloat, forms the crux of this season’s story.

Parth Samthaan, the lead character of the show expressed his views as “It’s rare for any show to stay relevant for years, and Kaisi Yeh Yaariaan has managed to do so for over a decade now! The show enjoys a cult fan-following across the country, so we really had to bring our A-game to make sure we live up to the fans’ expectations. I hope the audience showers this season with immense love, just like its previous seasons!”

Commenting about the show, Niti Taylor Bawa, said “I have been part of the show since the beginning and the amount of love that we have received for #MaNan and Nandini in Kaise Yeh Yaarian is beyond imaginable. I just feel lucky to be a part of a franchise which is loved by the youth. With the fourth season comes an added responsibility to live up to the expectations of the fans. I hope the audiences love our show and continue to shower the love upon us.”

ALSO READ: Parth Samthaan celebrates his birthday on the sets of his upcoming Bollywood film Ghudchadi