Salman Khan is gearing up for Race 3 and veteran actor Dharmendra is gearing up for Yamla Pagla Deewana Phir Se. But what if two of them come together? The third instalment of Yamla Pagla Deewana which has been in the making for long, finally gets a date for its trailer launch. And the Race 3 audiences will get to see the same in theatres as it will feature alongside this Salman, Jacqueline Fernandez starrer. 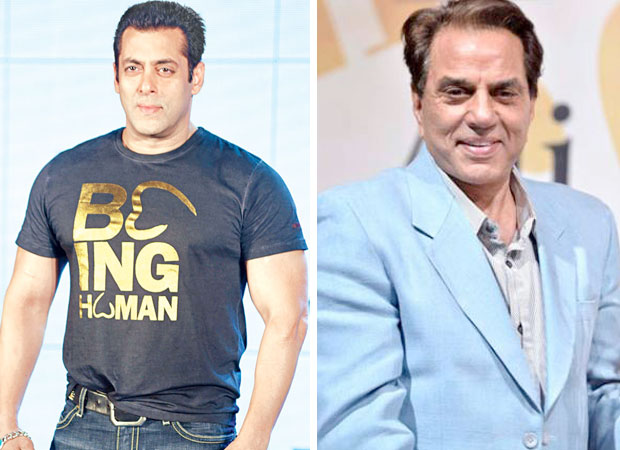 This Eid will indeed be a celebration time for the audiences as they will get to see the sleek action thriller but with a hint of comedy! The hint of comedy is the trailer of Yamla Pagla Deewana 3. Incidentally, the film also has another Salman Khan connection. Fans of the actor will be aware that the superstar has done a cameo for this Deol venture.

It is a known fact that Salman Khan shares a great camaraderie with the Deol family. The superstar is attempting to revive Bobby Deol’s career with Race 3 and another production in the pipeline. He also has tremendous respect for the once-superstar and veteran actor Dharmendra. So owing to all the elements, the actor convinced the makers to attach the trailer of Yamla Pagla Deewana 3 along with Race 3.

Salman Khan believes that this third instalment of the comedy franchise will benefit with this as it will be able to reach a wider audience. Furthermore, the makers can kick off the promotions in this manner for the July release.

On the other hand, speaking about Race 3, the film will also star Anil Kapoor, Daisy Shah and Saqib Saleem in lead roles and is slated to release on June 15.