SS Rajamouli’s magnum opus after Baahubali series is all set to go on the floors and the makers released all details pertaining to this ambitious project a few minutes ago! For the starters, Ajay Devgn and Alia Bhatt are very much a part of this Ram Charan and Junior NTR starrer. The movie is well mounted and has all the elements of a classic Rajamouli film. The film will release on July 30th, 2020 and also has Daisy Edgar Jones as a female lead with Alia. They also confirmed that the working title of the film is its official title and the movie will release in multi languages. The makers tweeted, “July 30th, 2020... RRR... In theatres, Worldwide!!! In Telugu, Tamil, Hindi, Malayalam and other Indian languages simultaneously. An @ssrajamouli Film...” 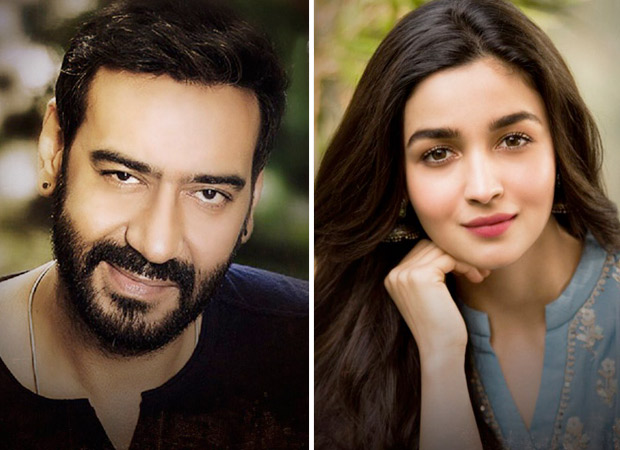 Along with Alia, Parineeti Chopra too was being considered for the role in the film as per reports. Also, Rajamouli had earlier said, “RRR is a Pan India film with which larger audience can relate to. It is a large scale movie just like Baahubali. There are decisions to be taken on the storyline, character build up and audience interest. As a film-maker, I enjoy fantasy movies and believe in the warmth of storytelling which can make the audience forget about their daily life.”

Welcome aboard, @aliaa08! We are glad to have you play the female lead in our film. Happy Birthday in advance and hope you will have a wonderful journey with us..:) #RRRPressMeet #RRR @ssrajamouli @tarak9999 #RamCharan @dvvmovies @RRRMovie pic.twitter.com/iZmB8N9z9I

.@ajaydevgn Sir, we are grateful to have you on the board. It's a pleasure that you play a prominent role in the film. Can't wait!#RRRPressMeet #RRR @ssrajamouli @tarak9999 #RamCharan @dvvmovies @RRRMovie pic.twitter.com/Mz1Y3wsDxp

Those who have loved Baahubali series would definitely be very keen to watch RRR. Added attraction, of course, is Ajay Devgn and Alia Bhatt’s presence in the movie. Log on for more details about the film.