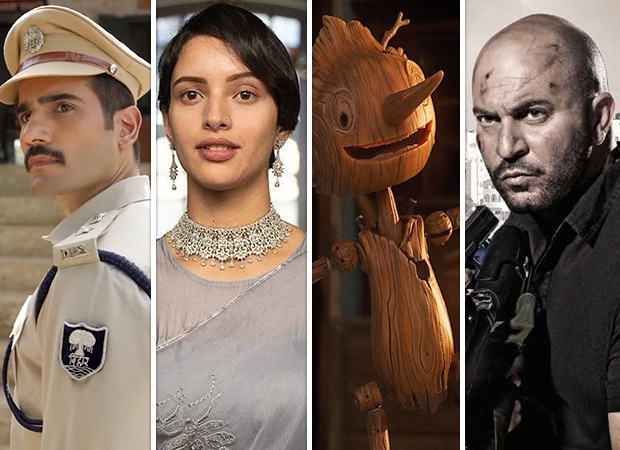 The streaming giant will exclusively showcase the features from November 20 to 28 in Goa. Celebrating the spirit of universal storytelling with cinephiles from around the globe, Netflix will be presenting global premieres, exciting sneak peeks, insightful panel discussions and more. These will include:

Global Premiere of Qala on Thursday, November 24
Set in the 1930s, Qala is an emotional psychological drama showcasing a mother-daughter relationship juxtaposed beautifully with stunning visuals, music and powerful performances by Tripti Dimri, Swastika Mukherjee and Babil Khan. The film is directed by Anvitaa Dutt and produced by Karnesh Ssharma, Cleanslate Filmz.

Asia Premiere of S4, E1 of Fauda and a panel discussion on November 27
Lior Raz, Avi Issacharoff, Raj Kumar Rao, and Monika Shergill will join a panel discussion on “Storytelling in The Era of Global Entertainment”, followed by the Asian premiere of episode 1 of Season 4 of Fauda, one of the most popular Israeli series on Netflix.

“India is home to one of the world's most dynamic entertainment industries and we are excited to be a part of this vibrant creative community,” said Monika Shergill, Vice-President, Content, Netflix India. “We look forward to premiering a wide variety of Netflix’s global and local stories – including Neeraj Pandey’s thrilling series Khakee: The Bihar Chapter, emotional drama Qala, Oscar-winning filmmaker Guillermo del Toro’s much awaited Pinocchio, and the Asia premiere of Season 4 of the global hit series Fauda – at this year’s IFFI. We are proud to partner with IFFI to showcase these must watch stories.”

Other exciting sneak peeks and insightful panel discussions include:

The launch of Animated stories on Freedom Fighters on November 20
Earlier this year, India’s Ministry of Information and Broadcasting (MIB) and Netflix partnered to launch an initiative called Azadi Ki Amrit Kahaniyan to celebrate the country’s 75 years of Independence through a set of short inspirational films. The next set of films will be launched at IFFI 2022. Narrated by Manoj Bajpayee, the films highlight the stories of India’s freedom fighters.

From Manuscript to Screenplays: A panel discussion on November 22
The panelists include Ramin Bahrami, Preeti Vyas, Amar Chitra Katha, Sunitha Tati, Meghna Gulzar, Vikram Sahay and Tanya Bami. Monica, O My Darling, Khakee: The Bihar Chapter, Mismatched, and Sacred Games are some of the examples of amazing books that have found a home on Netflix. This discussion will cover insights, learnings and guidelines on the art of adapting a book for screen across formats, and tips on how to identify a manuscript adaptable for screen.