Just a day ago, Nawazuddin Siddiqui was in news and the reason was that his picture with the Romanian beauty Valentina created much buzz. While the actor was quite mysterious about the reason behind posting this picture, now it has been revealed that he and Valentina are coming together for a Tannishtha Chatterjee directorial. 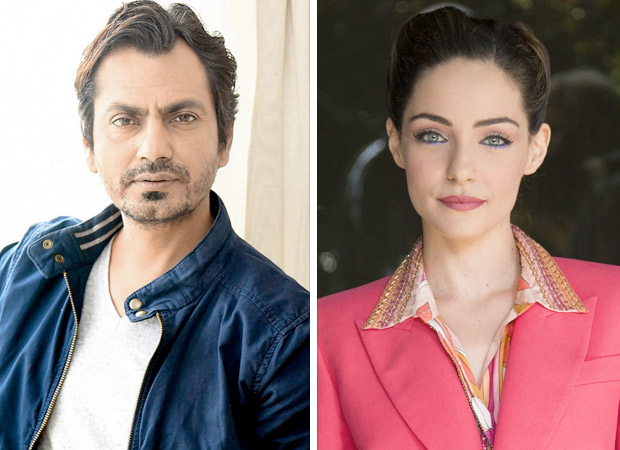 Speaking of Valentina, we hear that she is a rather popular Italian actress and has also been a model. On the other Tannishtha, who is an actress herself, is foraying into direction with this film which will also comprise heavily of an international star cast. The untitled venture is also expected to star Game Of Thrones actor Liam Cunningham and Frozen actor Kevin Zegers.

On the other hand, Tannishtha and Nawazuddin Siddiqui’s friendship can be traced back to approximately 15 years behind. The two actors have known each other since the National School of Drama days where Chatterjee was his junior and the two have even worked together in films like Dev Patel, Nicole Kidman starrer Lion.

Furthermore, elaborating on working with Valentina and Nawaz, she stated that in order to break the ice and give the chemistry a boost, Tannishtha even gave them some prep exercises. Well, one of them interestingly involved going for a dinner date. However, it was not just a dinner date but it involved Nawaz accomplishing the five tasks given to him by Chatterjee. In media reports, Tannishtha revealed that Nawaz even made a joke about sending him on a date with a handful of tasks. However, it seems that all the preparations have weaved their magic.

In the same report, the actress turned filmmaker also revealed that the two get along like house on fire and are constantly joking and pranking around each other.

On the other hand, the debutant filmmaker also expressed her desire to keep the details of her shooting locations under wraps. She believes that owing to stardom of Nawazuddin and also keeping in mind that Valentina is quite popular in Italy, she doesn’t want to divulge any shooting details because it may lead to fans flocking around the locations.