Janhvi Kapoor, daughter of producer Boney Kapoor and late actress Sridevi, is all set to make her debut in Dhadak. The newbie, who lost her avid supporter Sridevi earlier this year, has shown a lot of professionalism with Dhadak. The actress returned to the sets of the film to finish the final schedule just after 15 days since her mom's sudden demise. From what we hear, there is a special tribute given to Sridevi by her daughter Janhvi. 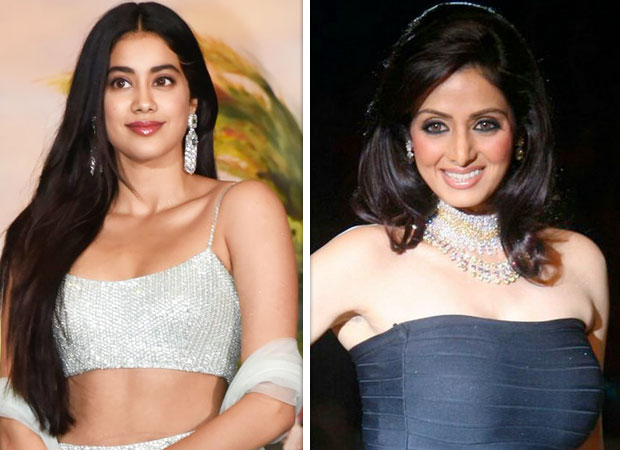 As the B-town and the nation gears up to welcome another set of star kids, Janhvi Kapoor is receiving support from all around including the fraternity. The actress even got support from Rekha last night at Dhadak screening. As Dharma Productions' films have a special tribute with 'We Miss You' given to Yash Johar, Karan Johar's father, the actress has also given a special message to her mom Sridevi. From what we hear, the message in the opening credits that will appear reads, "I LOVE YOU MOM. THIS IS AND ALWAYS WAS FOR YOU. - JANHVI SRIDEVI BONEY KAPOOR." This will appear at the beginning of Dhadak before Yash Johar tribute.

Sridevi was present to support Janhvi Kapoor during the first schedule of Dhadak in Udaipur last year. The actress, during the promotions, mentioned that her mom gave some amazing advice to her during the shooting and was very supportive.

Dhadak is a Hindi adaptation of Marathi blockbuster Sairat which starred debutantes Rinku Rajguru and Akash Thosar and was helmed by Nagraj Manjule. Dhadak is produced by Dharma Productions and is directed by Shashank Khaitan. It follows the story of Madhukar and Parthavi and their fierce and unconditional love that fights fate. But as their love grew, so did their problems as their families reject their love. Dhadak also stars Ashutosh Rana and is slated to release on July 20, 2018.