Kangana Ranaut is undoubtedly controversy’s favourite child. She is in the news yet again and this time for her upcoming film, Mental Hai Kya. The makers of this film recently released a poster depicting its leads Kangana and Rajkummar Rao holding on to the edge of a blade on their tongues. While there was a considerable curiosity about these quirky posters amongst the masses at large, The Indian Psychiatric Society did not appreciate the title or the posters. 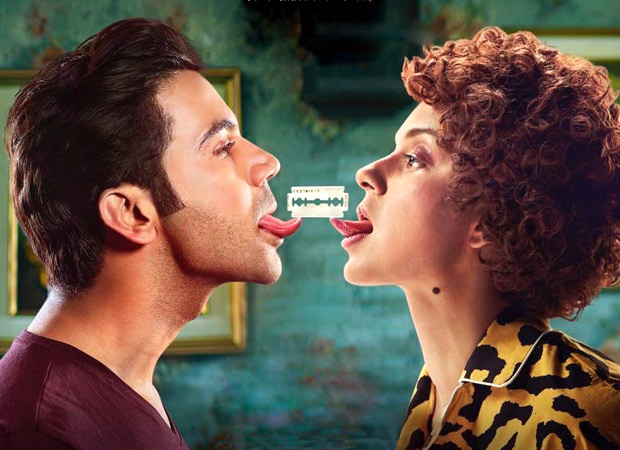 In a statement written to the Censor Board of Film Certification (CBFC) they have demanded that the makers change the title of the film because it offends those suffering from serious mental health issues.

In the letter to CBFC they have written, “We take serious objections to the title of the movie which is discriminative, stigmatising, degrading, and inhumane in projecting mental disorders and people who suffer from mental disorders.”

They added, “We strongly demand that the title be removed with immediate effect preventing further damage to the modesty of mental health service users. We also demand to censor any sequence in the movie that is violating the rights of persons with mental disorder.”

Balaji Productions who has helmed this project came out with their statement. They said that they did not want to discriminate those suffering from mental health issues but on the contrary the movie will encourage people to embrace their individuality and distinctiveness.

The statement read: “The makers would like to maintain that Mental Hai Kya is a fictional thriller genre feature film meant to entertain audiences and it does not offend, discriminate or disregard any person. In fact the film is a mainstream entertainer which makes a larger point.”

Kangana Ranaut’s sister and manager Rangoli Chandel also reacted to this controversy and twitted, “On behalf of Kangana all I want to say is that everyone will be proud of Mental Hai Kya the topic and subject she has chosen will trigger relevant talk and discussions around the stigma.”