Last Updated 25.05.2020 | 9:22 PM IST
feedback language
follow us on
Home » News » Bollywood Features News » Bollywood News Nick Jonas reveals about that one special moment with Priyanka Chopra which made it all REAL for him!

Priyanka Chopra tied the knot with Nick Jonas in December last year and since then their wedding has been talk of the town. It is not just India but even the international media is quite curious about this lavish affair. Both the stars too are quite happy to share details whenever they are questioned. Of late, the Jonas Brothers made news after they came together for a single after years. Interestingly, it also featured their respective partners including Priyanka Chopra. Now that Nick Jonas is in the midst of promoting the same, the American musician did a candid interview with Bustle where he revealed some more interesting details about his Indian wedding. 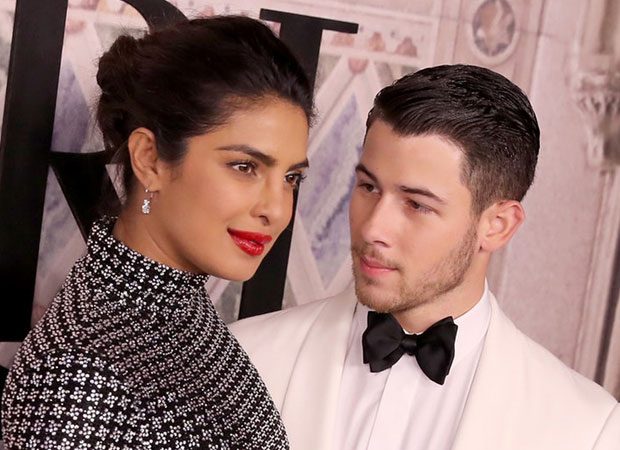 During the said interview with Bustle, Nick Jonas revealed about ‘THE’ moment where he felt that all of this was real and that it was actually happening. He reminisced about his Indian wedding adding, "Priyanka and I were walking to the dinner and we looked at each other and just had a moment realizing it was real.” He continued, "It was really happening. All the hard work leading up to the wedding day itself, we were there and it was really special and it was just our moment." Aww isn’t the love between them super cute!!

Nick Jonas and Priyanka Chopra recently collaborated for The Jonas Brothers’ single video ‘Sucker’ which also featured Danielle Jonas and Sophie Turner. Nick and Priyanka tied the knot earlier in December in a Christian and Indian style big fat wedding in Udaipur. From mehendi to sangeet, the wedding was three to four day affair, followed by a host of receptions that were planned in Delhi and Mumbai.

On the work front, Quantico star Priyanka Chopra will next be seen in The Sky Is Pink with Farhan Akhtar and Zaira Wasim. She will also be doing a film based on Ma Sheela and has been reading a few other scripts.

Also Read: Oops! Nick Jonas reveals why he GOT TIRED marrying Priyanka Chopra over and over again