Adding to its compelling slate of Indian originals, Netflix confirmed that Ghost Stories would begin production in August. This omnibus will see four of India’s coveted film directors helm individual stories in the horror/supernatural genre. The stories - directed by Karan Johar, Zoya Akhtar, Dibakar Banerjee, and Anurag Kashyap - will be thematically connected to each other and culminate in a hair-raising end. 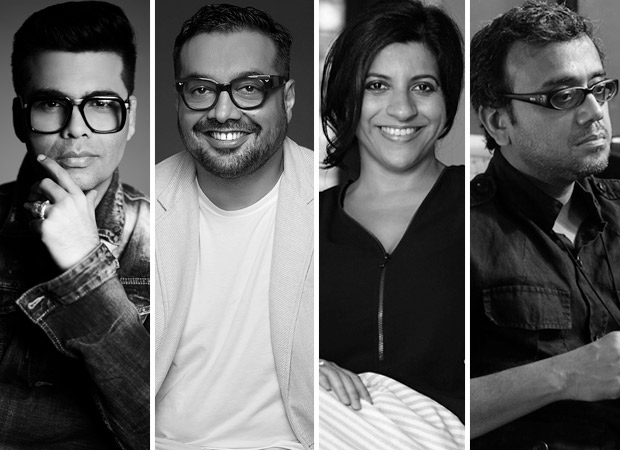 Ghost Stories is the third collaboration between Netflix and RSVP. Produced by Ronnie Screwvala and RSVP, in association with Ashi Dua of Flying Unicorn Entertainment, Ghost Stories will release exclusively on Netflix and will stream to 151 million members across 190 countries at the same time.

Zoya Akhtar said, “Working with Netflix is a delight for any filmmaker whose story is sacrosanct. As a writer/ director, I thrive on bending genres and inverting tropes and I am so looking forward to attempting that with a ghost story.”

Dibakar Bannerjee said, “Horror as a genre has incredible room to experiment and explore. Ghost Stories is my attempt to do that, and it’s great to have a partner in Netflix with whom I have the freedom to tell the story as envisioned. Ultimately we are entertainers, and there’s nothing like a spine-chilling story scaring the devil out of us while we’re safely tucked in our sofa munching fries hugging a warm body."

Karan Johar added, "I have always been mortified to watch the horror genre and have always stayed very far away from any ghost story! So to direct one is not only hugely challenging but also exceptionally exciting! Personally, it’s uncharted terrain and I couldn’t have chosen a better platform and a more eclectic collective to exhibit my fear of ghosts and ghost stories! This one's going to be a nightmare for this dream team!

Anurag Kashyap, who has collaborated with Netflix on multiple occasions, said, “I am really looking forward to challenging myself to make something that I have never attempted before. Also, I have never prepared so much for anything before."

The vision of RSVP is to develop and create stories that must be told, stories that we would love to tell and stories that people go to the movies for. Younger audiences are closing the mediums of their choice and we maintain it’s an audience revolution and evolution more than a technology one. The goal is to constantly innovate and disrupt in this space of movies, digital content and the new age of documentaries. Following this vision, RSVP has successfully produced Love Per Square Foot, Lust Stories for Netflix.