Kriti Sanon’s last hit, Luka Chuppi is still doing pretty well at the box office even after a month of its release. The actress is currently basking the success of the film as she has three biggies coming her way. From her debut, Kriti has come a long way and has impressed a larger part of the audience with her performance and her fashion sense. She recently did an interview where she opened up about her take on the credit rolls having the leading actresses’ name before the male counterparts. This trend was started by the Badshah of Bollywood, Shah Rukh Khan. He had promised the audience that he will give his female co-stars the respect they deserve and makes sure that the credit rolls have their names before his. 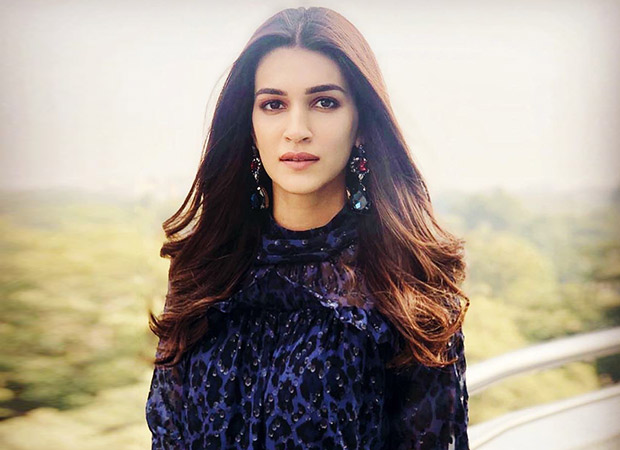 It was a small step that he took in order to show his respect to his counterparts. When Kriti was enquired about this step of his, she said she has always had a lot of respect for him and lauded Khan for his initiative. She went on to say that it cannot be done in isolation and his step will encourage others to work towards equality in not just Bollywood, but other professions as well. She further added that there are several other steps that need to be taken to bring women at par with the men. However, she took a practical stand on the credit rolls scenario and said it’s best if they are in alphabetical order rather than being named by their gender.

Talking further about the ideal benchmark Kriti Sanon shared, "This business of overlooking the lead This business of overlooking the leading lady has been going on for a while and it's so unfair. I am glad this conversation is finally happening. It's logical to talk about only the male protagonist when the leading lady doesn't have a lot to do, but when they are both carrying a film on their shoulders, the credit should be equally shared. Everybody deserves a mention."

We totally agree with Kriti as it is the only way to give fair credits to those working in the film. When we talk about feminism, we forget that all it means is equality for all genders. It does not ask for women to be put above men, just give them the same amount of respect as men. On the work front, Kriti will be seen in Arjun Patiala opposite Diljit Dosanjh, Panipat: The Great Betrayal opposite Arjun Kapoor, and Housefull 4 which will be a multi-starrer comedy and 4th instalment of the Housefull franchise.

Also Read: Kriti Sanon’s mother is very active online and this is Kriti’s take on it (watch video)