Karisma Kapoor is not seen much on the big screen but we really do miss her a lot, don’t we? She makes up for her absence on the big screen with a lot of gym pics and candid clicks with her girl gang spearheaded by the ever gorgeous Kareena Kapoor Khan! The latest update is that Karisma Kapoor made an appearance on the show Entertainment ki Raat@9 - Limited Edition and made some startling revelations on the show. For starters, she was her absolute fun self, playing games and being pretty chilled out. Then, she spoke about her old industry friend and Bollywood superstar Salman Khan! She said how she is extremely close to him so much so that sometimes she feels that he is closer to her than even Kareena Kapoor! 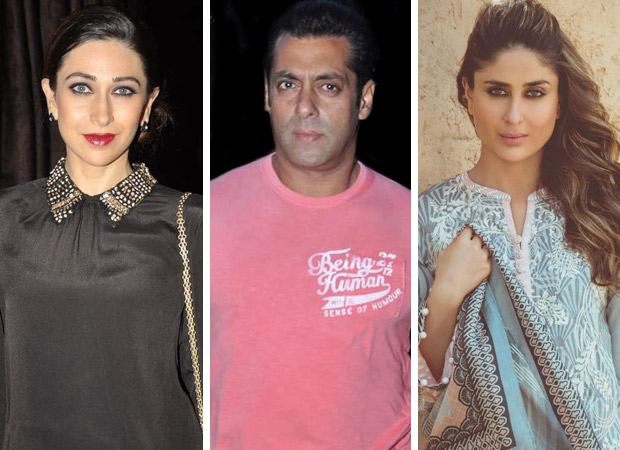 The duo rocked the nineties with hit films like Biwi No 1, Judwaa, Andaz Apna Apna, Jeet among others. She said on record that Salman is closer to her than Kareena. They share a very long-standing relationship. For Salman, Kareena is like a little sister and he still considers her to be a child. Moreover, Kareena, Salman and Karisma have a filmy connection too. Kareena played romantic lead to Salman in Bodyguard and Karisma’s voice over played a vital role in the film. She even spoke about it and said, “I was the voice of Chaya in the movie, Bodyguard. It was my voice who used to trouble Salman's character in the movie.”

We hope to see Karisma Kapoor soon on the big screen. It is high time that she makes her Bollywood comeback, don’t you think? Her last movie was Dangerous Isshq which released in 2012 which did not do well at the box office.