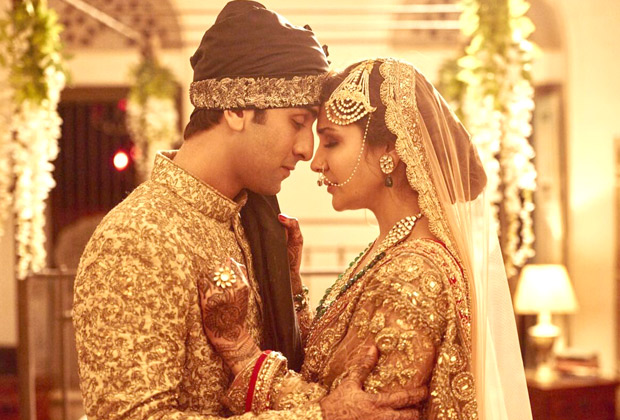 Poor Ranbir Kapoor. Every time he locks lips on screen with his leading lady, the filmmaker must locks horns with the censor board. It happened when Ranbir went on a kissing spree with Deepika Padukone in Imtiaz Ali’s Tamasha.

Kiss-tory repeats itself in Ranbir’s life again. His smooching scenes with Anushka Sharma in Karan Johar’s Ae Dil Hai Mushkil have now been seriously curtailed by the censor board.

A source well-versed with the goings-on informs, “There are a number of kissing scenes between Ranbir and Anushka in Ae Dil Hai Mushkil. None of them has been deleted. But each one of them has been reduced by 50 percent. This is exactly what happened in Tamasha. The censor board had found the kissing scenes between Ranbir and Deepika to be too torrid. Now they found Ranbir’s kissing in Ae Dil Hai Mushkil to be too intense. The censor board told Karan Johar that Ranbir’s smooching urge must be curbed.”

In Ranbir Kapoor do we have the most passionate kisser since Aamir Khan in Raja Hindustani? Going by the way the censor board reacts to his lip locks, it would seem as though Aamir has met his match.