Post the massive destruction in Kerala due to heavy floods, many celebrities from South and Bollywood came together to provide aide and assistance to the victims. Recent reports suggest that from superstars like Mammootty and Kamal Haasan to Gen Y actors like Anushka Sharma and Dulquer Salmaan, many actors stood united to help the people who were affected by this tragedy. Joining them is the Mahanati actress Keerthy Suresh. 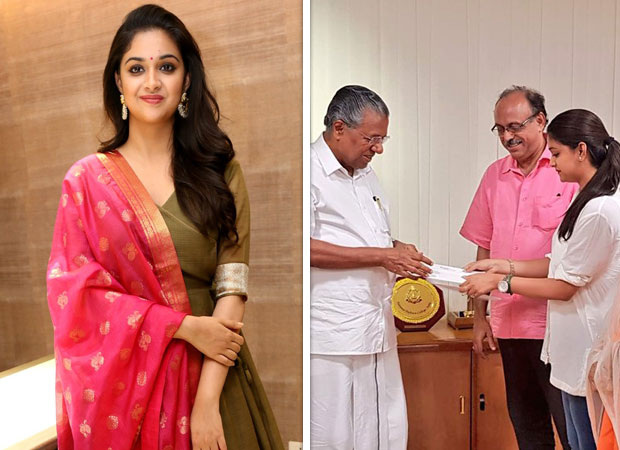 South actress Keerthy Suresh, who recently won many accolades owing to the success of her last film Mahanati opposite Dulquer Salmaan, decided to contribute her share to the Kerala Floods Relief Funds. The Kerala Chief Minister started off with a relief fund which is seeing immense financial help coming from all quarters including Bollywood. Keerthy donated a lump sum of Rs. 15 lakhs to the victims. 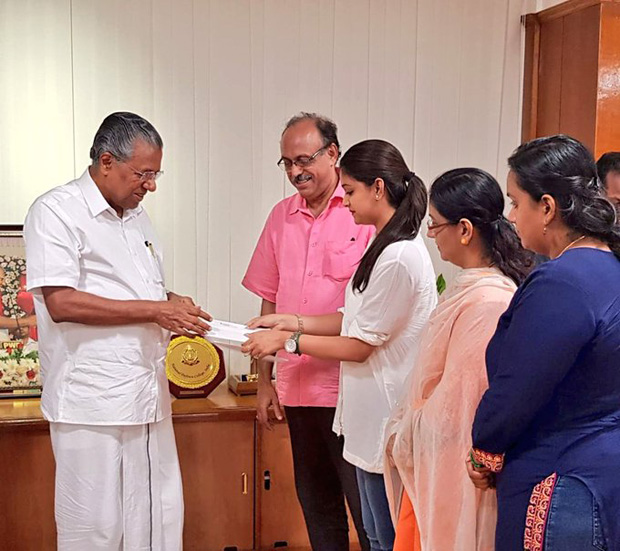 Reports have it that Keerthy Suresh has given away Rs. 10 lakhs as a part of the fundraising campaign started off by the Chief Minister for the Kerala flood victims. On the other hand, she has donated Rs. 5 lakhs to buy materials for the victims in the state. We hear that the actress has even taken extra efforts to ensure that the materials reach the right camps. 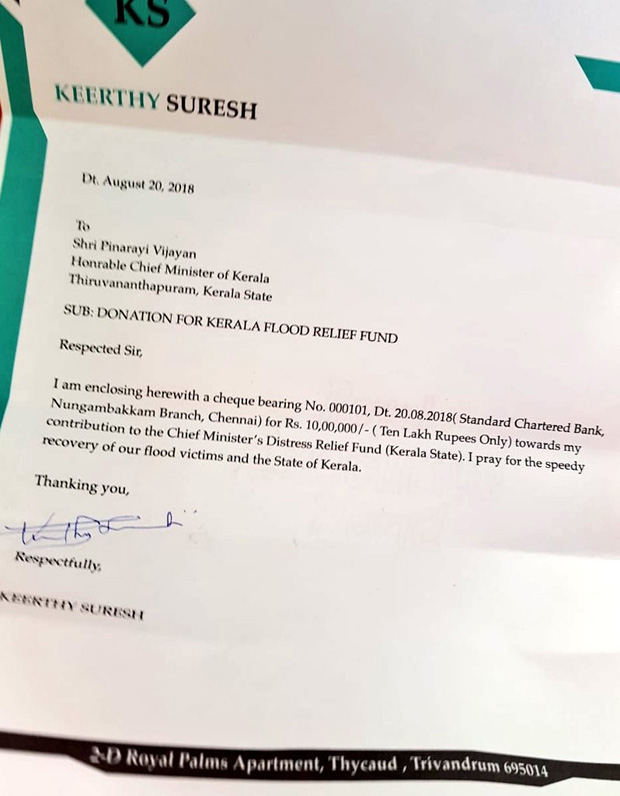 Coming to the film front, Keerthy Suresh recently attended the Indian Film Festival of Melbourne wherein her film Mahanati won big. The film, which was based on the life of the late superstar Savitri, won Equality in Cinema Award at the festival and the actress had attended the festival along with the rest of the team of the film which included Nag Ashwin and producers Swapna – Priyanka Dutt.

Amidst her upcoming films, Keerthy will be seen opposite Thalapathy Vijay in Sarkar, with Vikram in Sammy Square and a cameo in NTR biopic in which she is expected to reprise her role as actress Savitri.

Also Read: Mahanati: Rekha and her father Gemini Ganesan’s scene from this film was DELETED; now the video goes VIRAL!