Kareena Kapoor Khan is one of the most spotted celebrities who often like to hang out and chill with her friends on the bylanes of Bandra [suburban Mumbai]. And it is not a surprise that her son Taimur Ali Khan is equally a celebrity on social media. During most of his outings in Bandra, whether it is a playdate or just returning from a play school or whether he is just snapped at his balcony, one may have noticed a nanny who accompanies him everywhere. Netizens decided to troll Kareena for letting Taimur spend too much time with the nanny. The actress wasn’t ready to take these trolls lying down and hit back at them during her radio show recently. 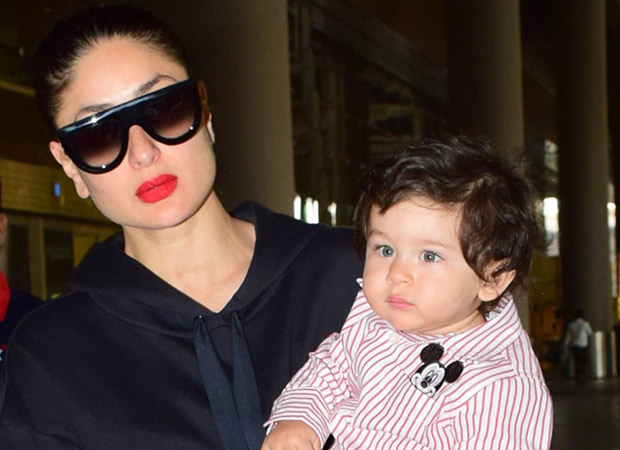 Kareena Kapoor Khan, who continues to work with big banners even after motherhood, is definitely seen accompanying her toddler son at various occasions. And of course, Saif Ali Khan too is snapped with his son Taimur Ali Khan but it is the nanny who is spotted more often with the little infant. And this triggered some netizens who weren’t happy with the fact that Taimur was growing up with a nanny. They decided to take to social media to troll the actress for letting her son with the nanny almost the entire day.

This did not go down well with Kareena who refused to turn a blind eye to these trolls. The actress decided to hit back at them during the radio show that she hosts. Her recent episode, which had her sister-in-law Soha Ali Khan as the guest, the two ladies discussed about home and kids and their husbands. Amidst that, Kareena decided to clarify on these trolls and slammed them like a ‘boss lady’ quite literally!

She said, “I’ve to address one thing! Recently, I got trolled on a photo where I was getting into a private jet and the trolling was about how apparently, I was a careless mother who’s letting my kid be brought up nannies. To you judgmental folks, who know nothing about my life, please note that there’s a finger I am showing you in my mind right now.”

Isn’t that an apt reply? This proves that even if Kareena isn’t a part of any social media [officially], the actress is not someone trollers should mess around with!

Also Read: Kareena Kapoor Khan and Soha Ali Khan get SCOLDED by their husbands with regards to Taimur and Inaaya, here’s why!