Just a few months ago, Karan Johar, Zoya Akhtar, Anurag Kashyap and Dibakar Banerjee were neck-deep in shooting. And this was for an anthology that was themed around lust. Bringing together the quadruple team of Bombay Talkies, yet another film will have four different stories to tell. Titled Lust Stories, this film will however release only on digital platform – Netflix. 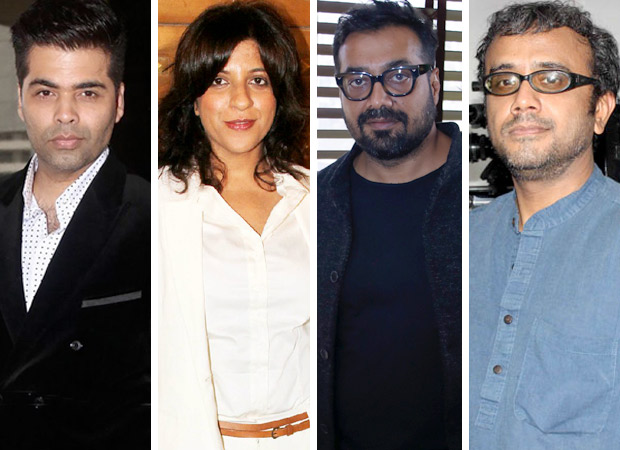 Unlike Bombay Talkies that hit the theatres in 2013, the 2018 anthology Lust Stories is opting for a different approach. The film, which is produced by Ronnie Screwvala and Ashi Dua, has decided to experiment with the digital platform. Interestingly, Ronnie collaborated with Netflix recently with the release of the Vicky Kaushal film Love Per Square Foot.

On the other hand, the anthology Lust Stories features an ensemble cast. Just in the last half of 2018, we had received glimpses from the film. The Karan Johar story stars Vicky Kaushal along with Kiara Advani and Neha Dhupia. As for the Anurag Kashyap, it stars Radhika Apte and Sairat actor Akash Thosar. Also, Bhumi Pednekar and Manisha Koirala will play prominent roles in Zoya Akhtar and Dibakar Banerjee’s films respectively.

Speaking on his production, Ronnie Screwvala said in a statement that, “Lust Stories - four short films that deal with real life relationships in modern India and brought together as one film brilliantly under a common theme by Anurag, Dibakar, Karan and Zoya is a perfect premiere for global audiences on Netflix. Diverse global audiences will discover, engage and enjoy this movie.”

On the other hand, Anurag Kashyap too considers this as a great opportunity and is all praises for Netflix as a platform. He too gave a statement saying, “The opportunities that a streaming service such as Netflix provides to creators are unparalleled, with the freedom to execute our vision, reach new audiences in 190 countries and tell a memorable story. As audiences move towards enjoying entertainment online, I’m delighted to play a part in welcoming this shift in India.”

Karan Johar too extended his support towards this decision saying, “A theme of lust....a new age and dynamic platform...the company of prolific filmmakers...the vision of Ashi Dua and Ronnie Screwvala made this experience immensely sexy and satisfying! (no pun intended)... Lust Stories breaks ground and even tears the envelope at times! This one is worth the price of a subscription!"

Zoya Akhtar too added, “Viewers today demand freedom in how they consume entertainment and since our stories have evolved to reflect modern sensibilities, so should the medium.” Dibakar Banerjee expressed his happiness over going unconventional for this film. He concluded, “I already feel a lot smarter, cooler, and maybe more honest. Something traditional theatricals do not make you feel any more.”