This is not the first time that talk about a film starring Kartik Aaryan under Karan Johar’s banner Dharma Productions is on. Kartik recently appeared on the Koffee With Karan show with his Luka Chuppi co-star and brought the house down with his candid chat and in general being his charming self on the show. Soon after this appearance, there are talks about him starring in Kjo’s film soon. Kartik in fact spoke to media and claimed that he wants to be Karan’s muse and if he is called his blue eyed boy, he will be extremely happy to be so. He said that he can’t wait to work with Dharma Productions because that is his lifelong dream to do so. Now, he is making all right moves and barking up the right trees to land a role in one of the biggest production houses in the industry. Will he succeed in doing so? Only time will tell. 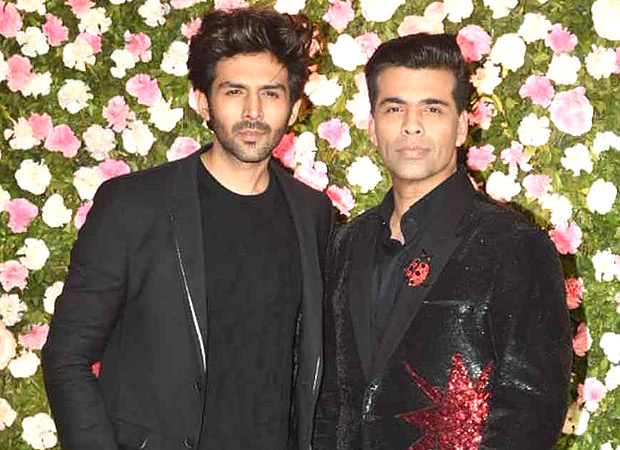 Kartik’s new film Luka Chuppi portrays him as a quintessential romantic hero and is chemistry in songs with co star Kriti Sanon is also being appreciated. Romantic comedies are Kartik’s claim to fame anyway so people have a lot of expectations from the film. Plus, his last film Sonu Ke Titu Ki Sweety was a smash hit and there is lot hope from this young star to do well with his future films.

On personal life, he is reportedly dating Ananya Panday who again is a Dharma girl. They have spotted hanging out, going on dinners and movies together but both have been tight lipped about this liaison.

Ananya Panday and The Vamps' James McVey to…