It would be an understatement to say that Kapil Sharma is going through a rough patch. Not only is he cancelling his show shoots left, right and centre but has also taken to Twitter to abuse and threaten people who write against him. While on one hand his behaviour is totally out of control, it is sad that the man who once made the nation laugh is spiralling down in his life and is totally gone out of control with his mental health gone for a toss. Television and Bollywood is shocked as they react to Kapil’s controversies. 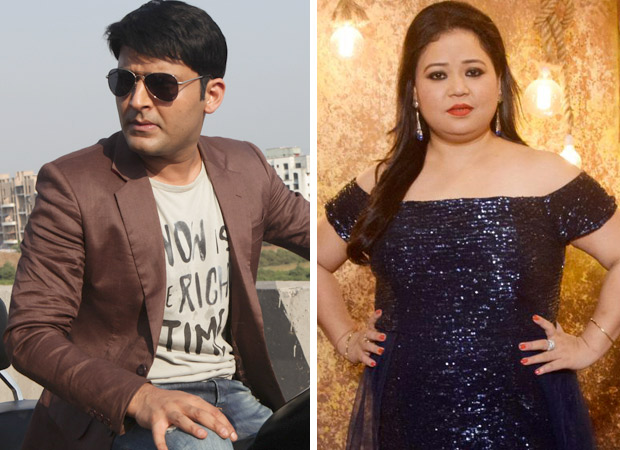 Noted comedian Bharti Singh reacted on this and said that what is happening with Kapil is very depressing. She further said that it breaks her heart to see a man who made us all laugh so much down and out like this. She also took a reflective turn as she said that a man who makes everyone smile around him, is a sad soul within. She also said that her prayers are with him for speedy recovery from this ordeal.

Further to this she also said that like Bollywood, Television should show some constraint while reacting on Kapil. She took recent example of Salman Khan locked up in jail and compared how his close friends in Bollywood maintained a dignified stance. She said they showed whatever support on Twitter and went to visit him only after he was back from jail. They refrained from speculating or commenting unnecessarily on the matter and TV celebs also should engage in similar behaviour.

She added Kapil was a sweet natured, humorous and polite person. She also advised he take a long break and come back only when he feels like when he is in full form.