Comedian-actor Kapil Sharma began the shoot of his show The Kapil Sharma Show on July 18 along with his team including actors Krushna Abhishek, Bharti Singh, Kiku Sharda, Rajeev Thakur and Sumona Chakravarti. Now, Sharma has also confirmed the first celebrity guest on their show post the lockdown. 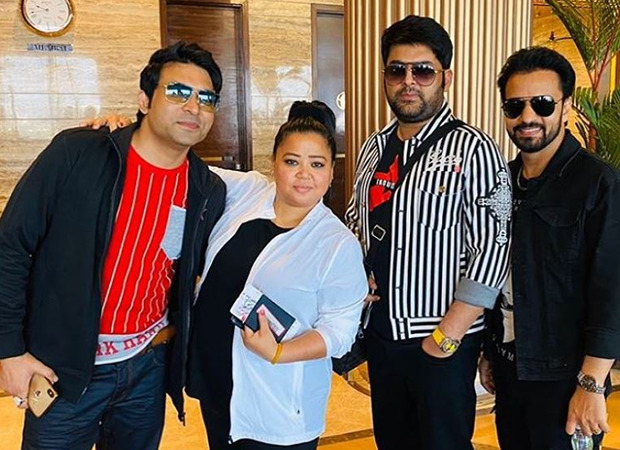 Recently, in an interview, Kapil Sharma confirmed that the first guest on their show will be Sonu Sood. He said that on the first day back on the shoot that he only shot with the team as they wanted to get used to the new system in place before inviting a guest. The team shot with Sonu Sood on July 21.

Sonu Sood has constantly been on the news through the lockdown for his good deeds. The actor has been at the forefront in helping people reach their hometown from various cities. He has also been helping in evacuation of people from different states and now students from Kyrgyzstan as well. The actor has been much admired for his efforts.

Meanwhile, Kapil Sharma and his team members have been sharing videos and pictures from the steps of the show, where they were seen following all safety protocols amid the spread of coronavirus.

ALSO READ: Kapil Sharma responds to Twitter user who asked him about his silence on Sushant Singh Rajput