Actress Kangana Ranaut is upset with the internationally held awards, Grammys and Oscars. These award ceremonies are annually conducted by The Recording Academy and Academy Of Motion Picture Arts And Sciences. Recently, at the Grammys, their 'In Memoriam' segment didn't offer a tribute to the late Indian singer, Lata Mangeshkar. This is not the only time this has happened. A week prior, the Oscars also missed mentioning the name of the singer in its 'In Memoriam' special segment. 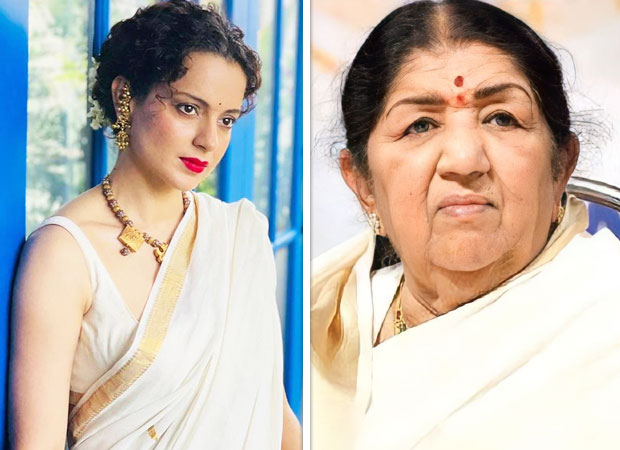 This seemed to have upset the Queen actress. She expressed her anger and demanded for a boycott of these awards. Kangana took to her Instagram and urged people of India, fans  and media to take a stand and speak against  the 'local events' happening in the US but claim to be international.

The recently turned reality show host blamed Oscars and Grammys to be biased and racist because they failed to pay a tribute to the evergreen and famous Indian artists time and again intentionally. She specifically urged the media to completely boycott the award ceremonies and not cover them as they claim to be global but are not, calling them  “local events”.
Kangana also added an additional story, where she called these award shows ‘snooty’ and urged the readers to boycott them.

The 64th Annual Grammy Awards paid tribute to many late musical artists that included Stephen Sondheim and  Taylor Hawkins in a segment called  'In Memoriam' but when the detailed list was released on the Grammy’s official  website, Lata Mangeshkar's name was mentioned in it.

The singer passed away on February 6 earlier this year.