The trailer of Kangana Ranaut and Rajkummar Rao starrer JudgeMentall Hai Kya released earlier this week which was highly praised by everyone. While many Bollywood celebrities appreciated the trailer, Rangoli Chandel lashed out at some who failed to acknowledge Kangana’s efforts. Her dig at Varun Dhawan was sly but a feud began with Taapsee Pannu as she termed her as 'sasti copy' of Kangana. Filmmaker Anurag Kashyap tried to sort the issue but called Rangoli really desperate for saying such things. 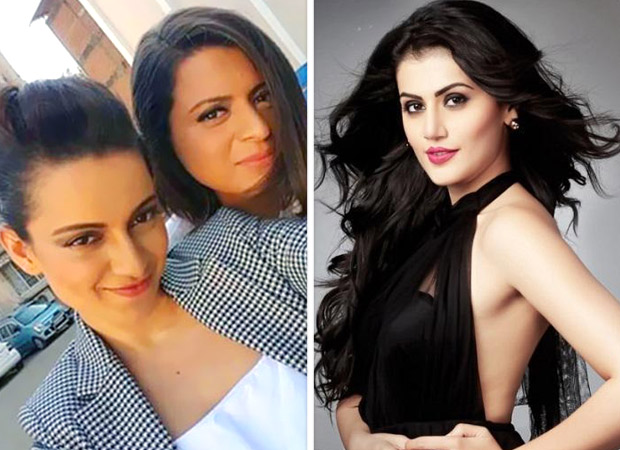 When asked Kangana Ranaut about her sister Rangoli Chandel's comments on Taapsee, she said that her sister lovingly teased Varun Dhawan since he never responded to her at the time when he was asked to talk about Manikarnika - The Queen Of Jhansi. She said that Taapsee has said derogatory things about her like Kangana needs a filter and that she is an extremist.

Kangana said that her Rangoli was upset about it and her tweets against Taapsee had nothing to do with the trailer of her film. She said that her sister is protecting her the same way Anurag Kashyap is protecting Taapsee. Lastly, she said that if anybody has a problem with Rangoli's tweets, they can unfollow her.

Coming back to her film, JudgeMentall Hai Kya is directed by Prakash Kovelamundi and is set to release on July 26, 2019.